Titus the T-Rex goes on display in England 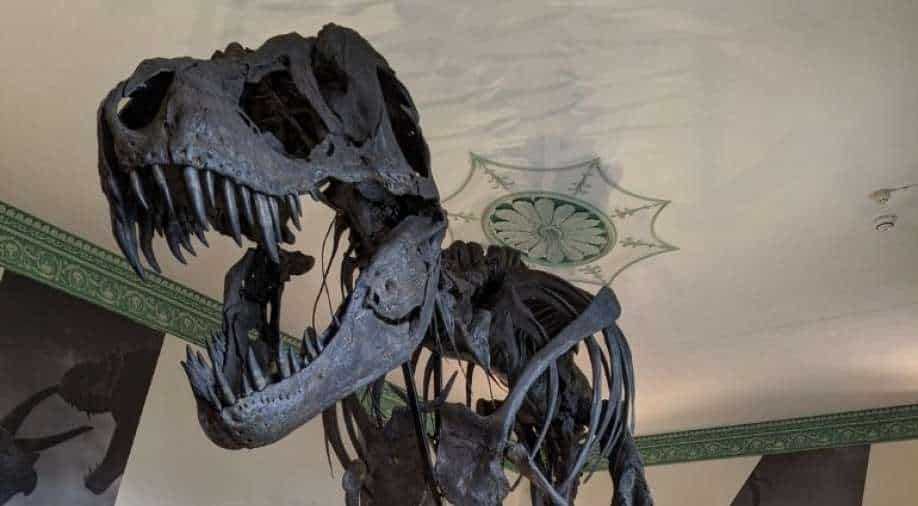 Named 'Titus: T-rex is King' this exhibition will trace the journey of the fossil from its discovery on the Montana Badlands to its excavation, curation, examination, rebuilding, and final display

Sunday will mark the first time in more than a century that a ‘real’ Tyrannosaurus rex will take the stage in Nottingham, England.

As part of a new exhibition about the dinosaur's life and environment, the Wollaton Hall Natural History Museum will display the T-Rex's skeleton, discovered in Montana in 2018.

Named 'Titus: T-rex is King' this exhibition will trace the journey of the fossil from its discovery on the Montana Badlands to its excavation, curation, examination, rebuilding, and final display.

Rachel Evans, development manager at the Nottingham City Museums says that the experience of encountering an actual Tyrannosaurus rex is an experience that very few can claim. Though he is only a skeleton, Titus' powerful presence and power are undeniable, adding that Titus has been given the biggest room in Wollaton Hall all to himself.

Until now, the skeleton has never been exhibited to the public. It stands four metres (13ft) high and is eleven metres long.

Even though it is an actual fossil, many of its bones are reconstructions made of black obsidian, as once fully conserved the available bones made reconstruction possible of only about 20 per cent of the fossil.

An interesting fact; to date, it has never been possible to find a complete T-rex skeleton and most dinosaur skeletons displayed in museums are casts of real bones.

Arts Council England has funded the exhibition, with the aim to dispel some myths about this dinosaur, which roamed over 66m years ago.

Dr David Hone, a part of the team tasked with bringing Titus to life, notes that The incredibly well-preserved Titus dinosaur exhibits a wide array of pathologies that contribute to our knowledge of these iconic dinosaurs and the science of palaeontology.

The palaeontologist and senior lecturer in zoology, adds that visitors to the exhibition can examine the specimen closely to a degree that allows them to make the much-debated decision whether he had scales or feathers.

A study published in April estimated that between 1.2m and 3.6m years ago, 2.5 billion Tyrannosaurus rex walked the Earth, although only about 100 T rex fossils have been found so far.