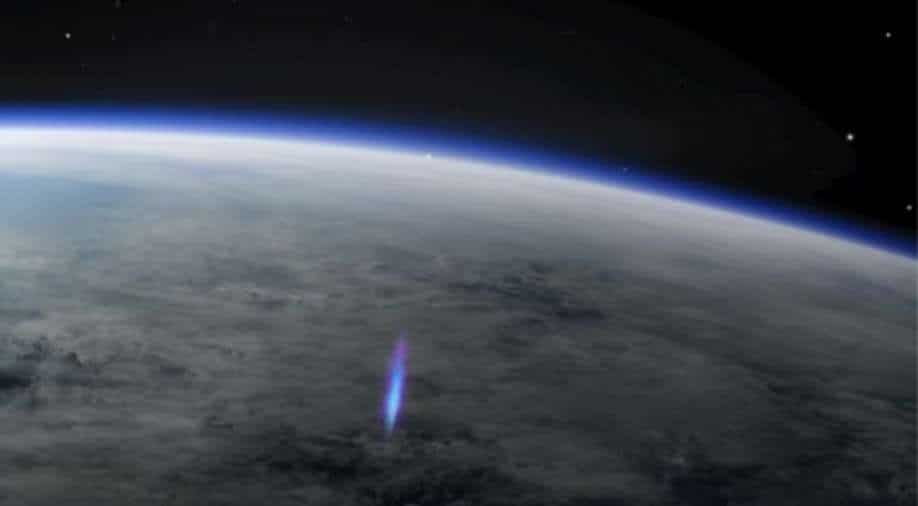 This video of a 'blue jet' captured from space is going viral! | Source: European Space Agency Photograph:( Others )

Images of “blue lightning” in space captured in February 2019 are making the rounds on the internet after finding mention in a new study.

But what is “blue lightning”? It simply refers to thunderstorms outside of our vision from Earth, which may be visible from space.

The image in question is from thunderclouds above the Pacific island of Nauru. Last week, a paper published in Nature shed light on this phenomenon.

Spearheaded by the Atmosphere-Space Interactions Monitor (ASIM), the team used a collection of cameras with visible and ultraviolet spectrum light detectors, along with X-ray and gamma-ray detectors to fish out electrical interactions that take place above thunderclouds.

Watch the video below

The goal was to capture space lightning - blue jet, along with four complementing flashes on the top the clouds.

Blue jets continue to remain elusive to scientists, but they believe it’s a result of electric breakdown which takes place between positively charged and negatively charged sections of storm clouds.

The four small flashes that joined the blue jet are commonly known as “elves”, which stands for Emissions of Light and Very Low Frequency Perturbations due to Electromagnetic Pulse Sources.

Also read: Scientists want to turn Mars green. How will they do it?

Elves are essentially flashes of light that are produced when negatively charged electrons are pushed through a part of the atmosphere known as ionosphere by radio waves.

Blue jets still remain largely misunderstood, and there’s a lot that we still don’t know about these beautiful light shows.