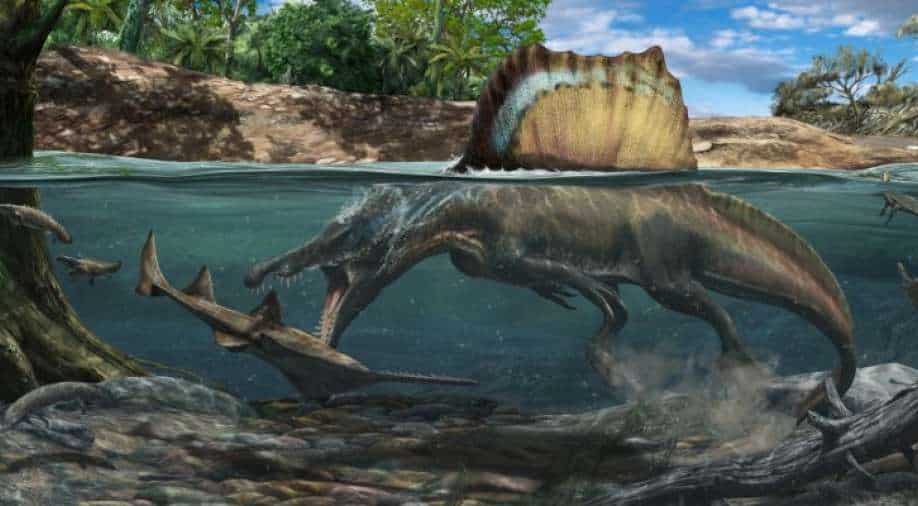 Spinosaurus, the largest known carnivorous dinosaur, had one of the densest bones which allowed it to hunt under water, researchers have claimed, finally putting rest to the debate on how it hunted.

The archaeologists analysed the density of Spinosaurus bones and compared them to other animals like penguins, hippos, and alligators.

The team found that Spinosaurus and its close relative Baryonyx from the Cretaceous of the UK had dense bones that would have allowed them to submerge themselves underwater to hunt, they said in the study published in Nature on Wednesday.

The scientists were already aware that Spinosaurus had certain affinities with water – their elongate jaws and cone-shaped teeth are similar to those of fish-eating predators, and the ribcage of Baryonyx, from Surrey, even contained half-digested fish scales.

“We battled sandstorms, flooding, snakes, scorpions and more to excavate the most enigmatic dinosaur in the world and now we have multiple lines of evidence all pointing in the same direction -- the skeleton really has 'water-loving dinosaur' written all over it!" paleontologist and National Geographic explorer Nizar Ibrahim said in a statement.

"The idea for our study was, okay, clearly we can interpret the fossil data in different ways. But what about the general physical laws?" Fabbri said.

"There are certain laws that are applicable to any organism on this planet. One of these laws regards density and the capability of submerging into water."

Spinosaurus aegyptiacus remains were first discovered about 100 years ago in Egypt, reports BBC.

They were moved to a museum in Munich but destroyed during World War Two.

Since then only fragments of Spinosaurus bones have been found.