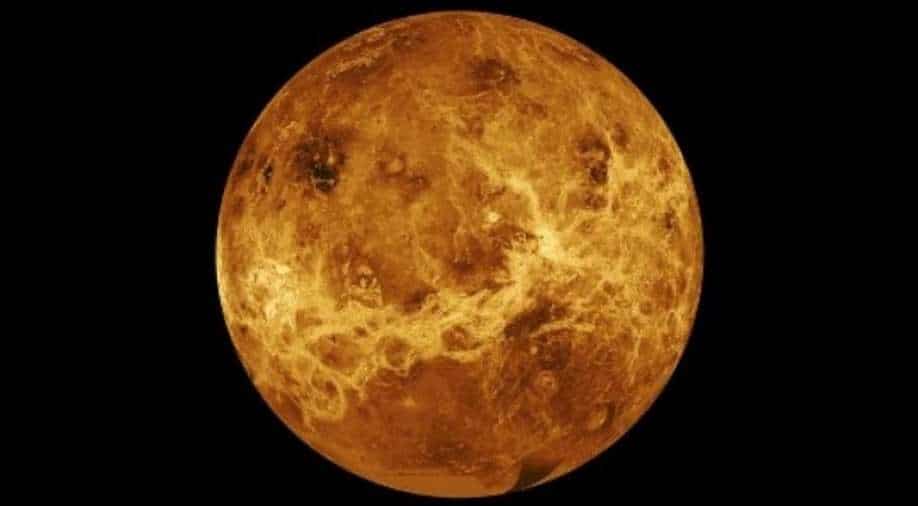 Any life form in sufficient abundance is expected to leave chemical fingerprints on a planet's atmosphere as it consumes food and expels waste. However, the Cambridge researchers found no evidence of these fingerprints on Venus

Search for extraterrestrial life is a fascinating endevour. While popular image of aliens has them having tentacles and big eyes etc, even microbes on another planet can be called aliens. While our search for aliens has us focussing our lenses towards distant reaches of space, we are keen on finding proof in our Solar System as well. Mars and Venus, our neighbours are among prime candidates in this regard.

But now, Cambridege University researchers have said that unusal behaviour of Sulphur in the atmosphere of Venus can't beb explained by 'aerial' form of extra-terrestrial life. There has been a speculation for decades that Veuns harbours microbial life among its Sulphurous clouds.

Any life form in sufficient abundance is expected to leave chemical fingerprints on a planet's atmosphere as it consumes food and expels waste. However, the Cambridge researchers found no evidence of these fingerprints on Venus.

Even if Venus is devoid of life, the researchers say their results, reported in the journal Nature Communications, could be useful for studying the atmospheres of similar planets throughout the galaxy, and the eventual detection of life outside our Solar System.

"We've spent the past two years trying to explain the weird sulphur chemistry we see in the clouds of Venus," said co-author Dr Paul Rimmer from Cambridge's Department of Earth Sciences. "Life is pretty good at weird chemistry, so we've been studying whether there's a way to make life a potential explanation for what we see."

To arrive at their conclusion, researchers used atmospheric and biochemical models to study chemical reactions that are expected to occur on Venus.

"We looked at the sulphur-based 'food' available in the Venusian atmosphere -- it's not anything you or I would want to eat, but it is the main available energy source," said Sean Jordan from Cambridge's Institute of Astronomy, the paper's first author. "If that food is being consumed by life, we should see evidence of that through specific chemicals being lost and gained in the atmosphere."

"If life is present, it must be affecting the atmospheric chemistry," said co-author Dr Oliver Shorttle from Cambridge's Department of Earth Sciences and Institute of Astronomy. "Could life be the reason that SO2 levels on Venus get reduced so much?"

"We wanted life to be a potential explanation, but when we ran the models, it isn't a viable solution. But if life isn't responsible for what we see on Venus, it's still a problem to be solved -- there's lots of strange chemistry to follow up on," said Sean Jordan