'The largest galaxy ever': It's 16.3 million light-years long 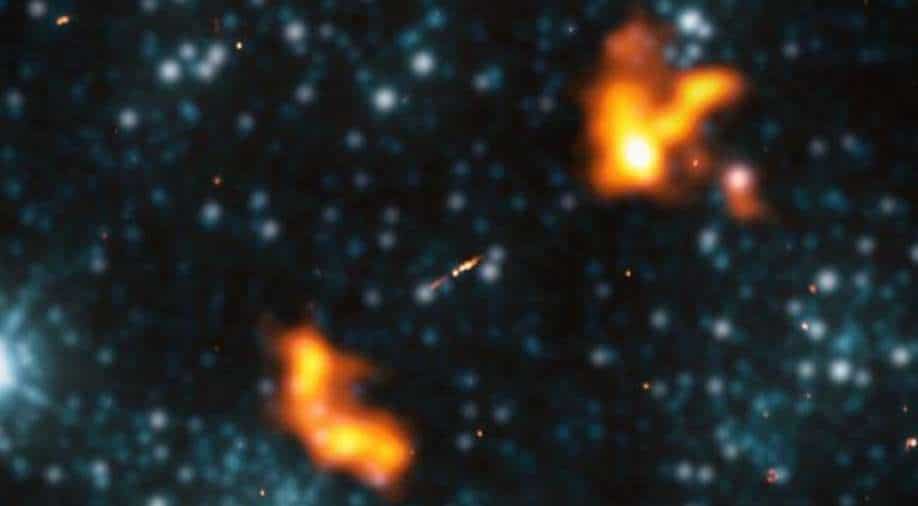 A massive radioactive galaxy approximately 3 billion light-years from Earth has been discovered by astronomers led by Martin Uwe of the Leiden Observatory in the Netherlands.It's called Alcyoneus, and it's the largest known structure of galactic origin, measuring 5 megaparsecs in length and 16.3 million light-years in length.

Astronomers have discovered the largest galaxy ever discovered in a spectacular find.

Alcyoneus is a massive radio galaxy 3 billion light-years away that reaches 5 megaparsecs into space.

This structure, which is 16.3 million light-years long, is the largest known structure of galactic origin.

Humanity's lack of understanding of these colossi and what causes their remarkable growth is highlighted by this revelation.

However, it may pave the way for a deeper understanding of not only massive radio galaxies, but also the intergalactic medium that floats through the vastness of space.

Giant radio galaxies are just another unsolved riddle in an otherwise enigmatized universe.

They are made up of a host galaxy (a cluster of stars around a galactic nucleus containing a supermassive black hole) and huge jets and lobes that erupt from the galactic core.

Interacting with the intergalactic medium, these jets and lobes function as synchrotrons, speeding up electrons that produce radio emission.

The Alcyoneus galaxy was discovered using data from NASA's Wide-field Infrared Survey Explorer satellite observatory and the Europe-based LOw Frequency ARray (LOFAR), which is a network of roughly 20,000 radio antennas distributed in 52 places throughout Europe.

The astronomers found that the galaxy is a standard elliptical galaxy but is roughly 240 billion times more massive than the Sun, according to their findings, which were published in the journal Astronomy & Astrophysics.

According to the study, these factors have the potential to reveal more information about what is driving the proliferation of radio wave-producing lobes.