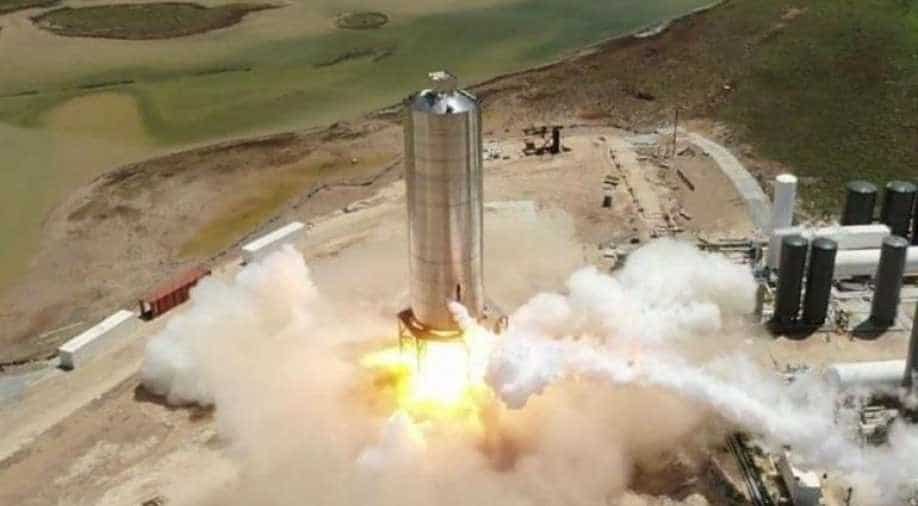 SN8 and SN9, which launched in December and February respectively, crash-landed and exploded, while SN10 successfully landed then blew up a few minutes later during its test on March 3

SpaceX is preparing for a possible launch of its prototype interplanetary Starship rocket from the company's facility in south Texas on Monday afternoon.

The company is hoping to finally perform a successful test flight after the last three attempts ended in spectacular explosions.

"I have ordered the closure of Boca Chica Beach and Hwy 4 for the purpose of protecting public health and safety during SpaceX space flight activities on March 29," Cameron County Judge Eddie Trevino Jr said in a statement.

An earlier scheduled launch was scrubbed Friday, likely because of poor weather.

SN11 is the eleventh prototype of Starship, which SpaceX hopes will one day be able to fly to the Moon, Mars and beyond.

It will be the fourth to conduct a test flight, ascending to an altitude of 10 kilometers (six miles) before returning to the ground for a soft vertical landing.

SN8 and SN9, which launched in December and February respectively, crash-landed and exploded, while SN10 successfully landed then blew up a few minutes later during its test on March 3.

Despite the previous failures, analysts say SpaceX is gathering valuable data that will help it to accelerate its development timeline.

This final version will stand 120 meters tall (394 feet) and will be able to carry 100 metric tonnes into Earth orbit -- the most powerful launch vehicle ever developed.