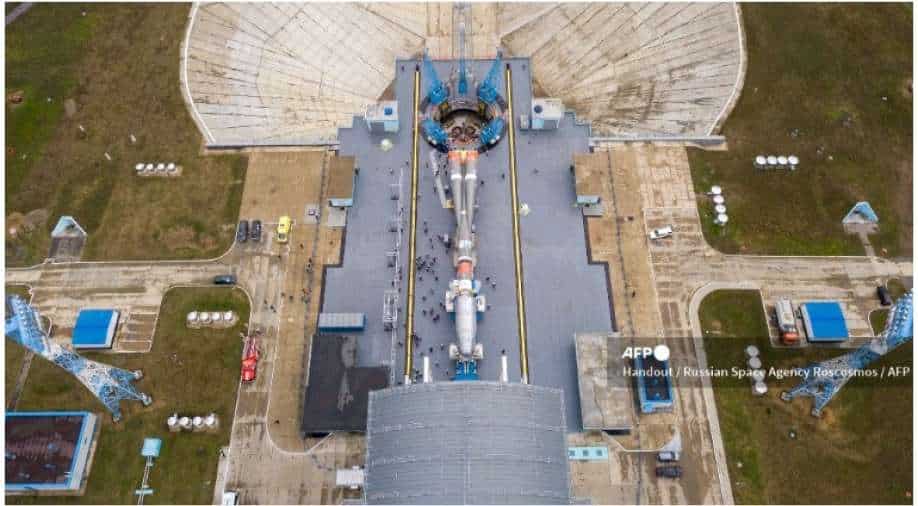 This handout photograph released by the Russian Space Agency Roscosmos on May 27, 2021, shows an aerial view of the launch pad with a Soyuz-2.1b rocket booster with 36 British OneWeb satellites at the Vostochny cosmodrome outside the city of Uglegorsk, about 200 kms from the city of Blagoveshchensk in the far eastern Amur region Photograph:(AFP)
Follow Us

Russian space agency Roscosmos said on Thursday that the launch of Soyuz rocket was postponed. Now, the lift-off would take place on Friday. The rocket is due to carry 36 UK  telecommunication and internet satellites into space.

OneWeb, a London-headquartered company, is working to complete the construction of a constellation of low earth orbit satellites providing enhanced broadband and other services to countries around the world.

The rocket launch operated by European company Arianespace was scheduled for 1743 GMT on Thursday. It was to take place from the Vostochny cosmodrome in Russian Far East.

"For technical reasons, the launch...has been postponed to the reserve date," Roscosmos said in a statement on Thursday.

So far two batches of 36 OneWeb satellites have been placed into orbit from Russia this year.

The UK company is planning to make its global commercial internet service operational by next year. It is to be supported by about 650 satellites.

The Vostochny launch site is one of Russia's most important space projects, designed to reduce reliance on the Baikonur space centre Moscow currently rents from Kazakhstan.

The project has been consistently behind schedule, with its construction marred for years by multiple controversies including corruption.