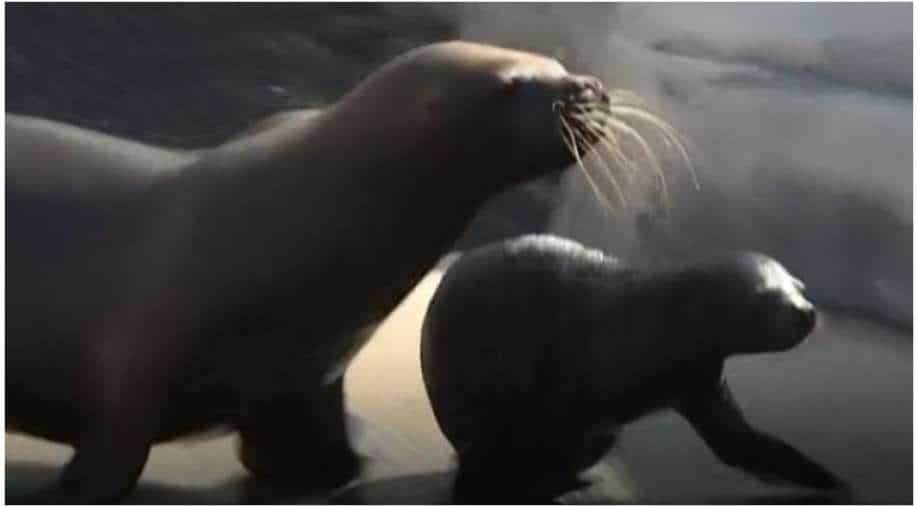 The cute looking whiskers aren't just there for us to go aww Photograph:( AFP )

Researchers came to the conclusion by studying a female sea lion

Humans have fingers to carry out tasks and sense surroundings. Animals have digits in their limbs with variety of modifications. We may be forgiven for thinking for all these years that it is just front and hind legs (or flippers, as the case may be) that enable animals, especially mammals to reach out in the surroundings.

A new study has shown that some mammals use their whiskers to sense the surroundings!

Yep those cute little things we thought added to the aww-quotient of the animals are somewhat like sensory organs.

Researchers concluded this by studying a female sea lion.

The sea lion, named Lo, took part in variety of experiments. It was found that the sea lion was receptive to the training that taught her to differentiate between objects using just whiskers.

The sea lion could differentiate between size. It could tell difference between textures. It was found that some whisker movement was involved in differentiation of colour as well.