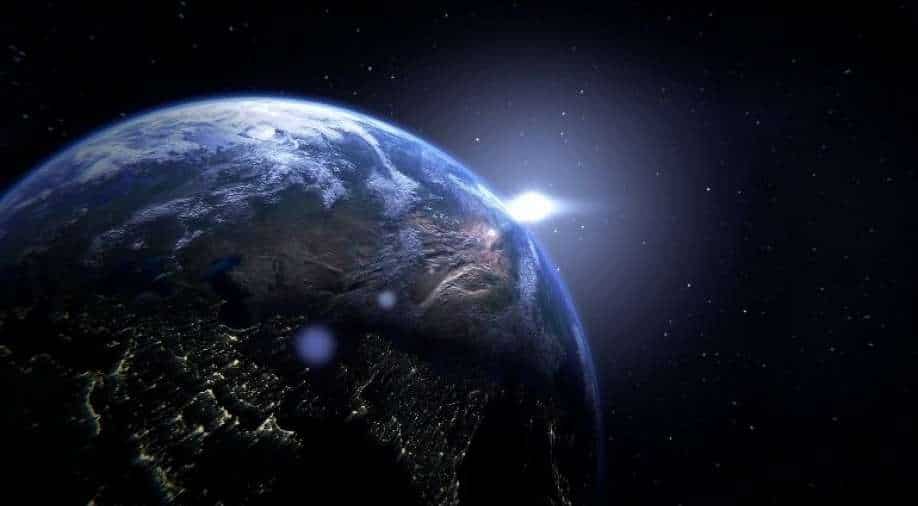 Formation of earth Photograph:( Others )

According to the study, Earth's unique properties may have resulted from peculiar aspects of the formation of the solar system

During the turbulent early history of the solar system, the materials that shaped Earth might have been formed very far out in space, suggests a study.

A carbonaceous meteorite is thought to have contributed to Earth's formation, which came from outer main-belt asteroids.

Scientists at the Tokyo Institute of Technology have recently proposed that these asteroidal materials may have formed far out in the early solar system and then been transported to the inner solar system by chaotic mixing processes.

According to the study, published in the journal AGU Advances, the main-belt asteroids' surface minerals, especially those containing ammonia (NH3), form from starting materials containing NH3 and carbon dioxide (CO2) ice that are stable only at low temperatures, and under water-rich conditions.

In light of these results, the study suggests that outer main-belt asteroids originate from distant orbits and differentiate to form different minerals in a water-rich mantle and rock-dominated core.

According to the study, Earth's unique properties may have resulted from peculiar aspects of the formation of the solar system.

"Whether our solar system's formation is a typical outcome remains to be determined, but numerous measurements suggest we may be able to place our cosmic history in context soon," said lead author Hiroyuki Kurokawa from the Institute's Earth-Life Science Institute (ELSI).

A number of opportunities might arise to test this model, for example, this study provides predictions of the results of analysing Hayabusa 2 returned samples. Hayabusa is the asteroid sample return mission of JAXA, the Japanese state space agency.

This distant origin of asteroids, if correct, predicts that there will be ammoniated salts and minerals in Hayabusa 2's returned samples. Analysis of the OSIRIS-Rex mission's returned material will provide a further check on this model.