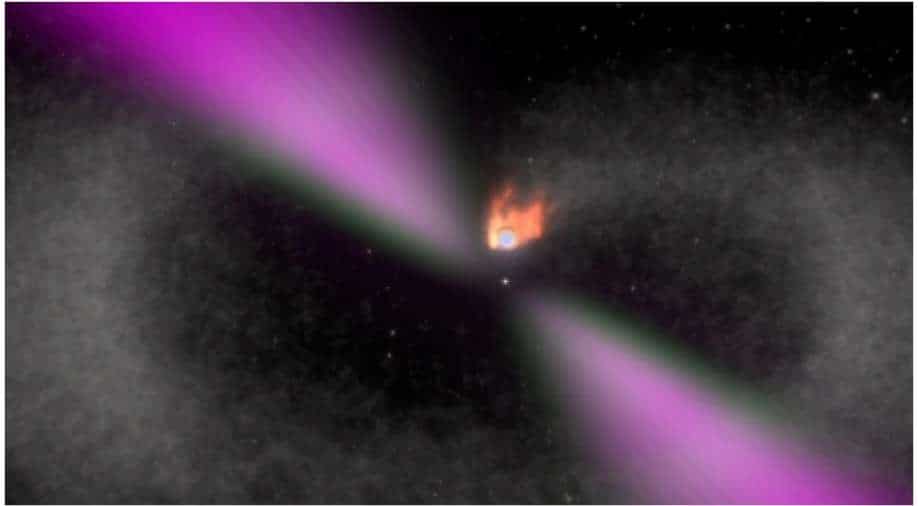 (Image: NASA) The pulsar can be seen emitting radiation and eating away the companion star. Photograph:( Others )

There are many strange things in the Universe. From galaxies to black holes and whatnot. But pulsars are perhaps the most interesting. Pulsars from dead stars. And black widow pulsars are still an interesting sub-category.

Pulsars have high magnetism and they spin around themselves very very rapidly. In addition to this they emit powerful beams of X-rays and gamma rays into the space. When these emissions are in Earth's line of sight we can detect the 'pulse' which can even be of a millisecond.

Black widow pulsars are a rare find. These are pulsar with which companion stars are associated. Although they are called 'companion' stars, the pulsar live off them, blasting them with radiation and devouring their stellar material.

The pulsar and the binary system in question is named ZTF J1406+1222. This binary system has the shortest orbital period. This brings the companion star right into the line of fire of the rapidly revolving pulsar.

Also Read | Scientists find proof of 'extraterrestrial photosynthesis'. Here's what it is, how it can help us

Moreover the 'black widow' pulsar and its prey, the companion star are circling each other every 62 minutes.

The name of category of black widow pulsars has been derived from Black Widow Spiders. In this spider species, the mating game is most often fatal for the male spider. The female spider, after mating, eats her male companion.