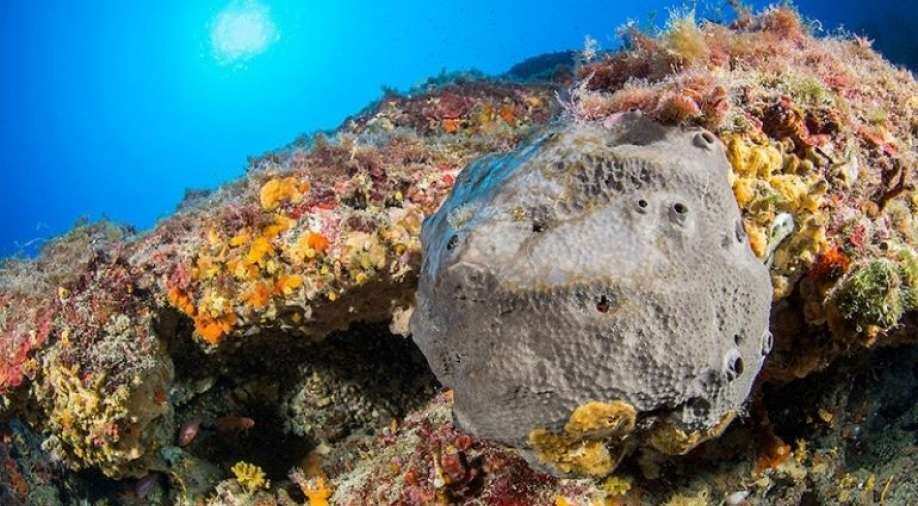 Scientists have discovered the earliest known animal life on Earth, fossilised structures discovered in northwestern Canada that lived in oceans as long as 890 million years ago.

Researchers believe that the findings also challenge the long-held idea that animals did not arise on Earth until after a major infusion of oxygen into the atmosphere and oceans.

Sponges are simple animals with an ancient history. Genetic evidence gathered from modern sponges has shown they likely emerged between 1 billion and 500 million years ago.

But until now there has been no evidence of fossilised sponge bodies from this period, known as the early Neoproterozoic era.

Elizabeth Turner, a professor at Canada's Laurentian University's Harquail School of Earth Sciences, looked for evidence of sponges in 890-million-year-old reefs that were constructed by a type of bacteria that deposited calcium carbonate.

She found networks of tiny tube-shaped structures containing crystals of the mineral calcite -- suggesting they were contemporaneous to the reef -- that closely resemble the fibrous skeleton found within some modern sponges.

If her structures Turner identified end up being verified as sponge samples, they will outdate the current oldest known sponge fossils by 350 million years.

Although the implications of her possible discovery, published in the journal Nature, Turner said she was not getting carried away.

"The earliest animals to emerge evolutionarily were probably sponge-like. This too is not surprising, given that sponges are the most basic animal in the tree of animal life," she said.

"The nature of the material is familiar from the bodies of much younger body fossils of sponges," Turner said.

She said the possible sponges were around one centimetre across, and "would have been tiny and inconspicuous, living in shadowy nooks and crannies below the upper surfaces of the reefs"

If the structures do turn out to be confirmed as sponge specimens, that means they would have lived roughly 90 million years before Earth's oxygen levels reached levels thought to be necessary to support animal life.

Turner said that if confirmed to be sponges, she believed that they lived before the Neoproterozoic oxygenation event, during which oxygen levels increased, subsequently leading to the emergence of animal life.

"If I am correct in my interpretation of the material, the earliest animals appeared before that event and may have been tolerant of comparatively low oxygen levels, relative to modern conditions," she said.

"It is possible that the earliest animals were tolerant of low oxygen, some modern sponges are, but that more complex animal types that require a higher oxygen level did not appear until after the Neoproterozoic oxygenation event," Turner added.