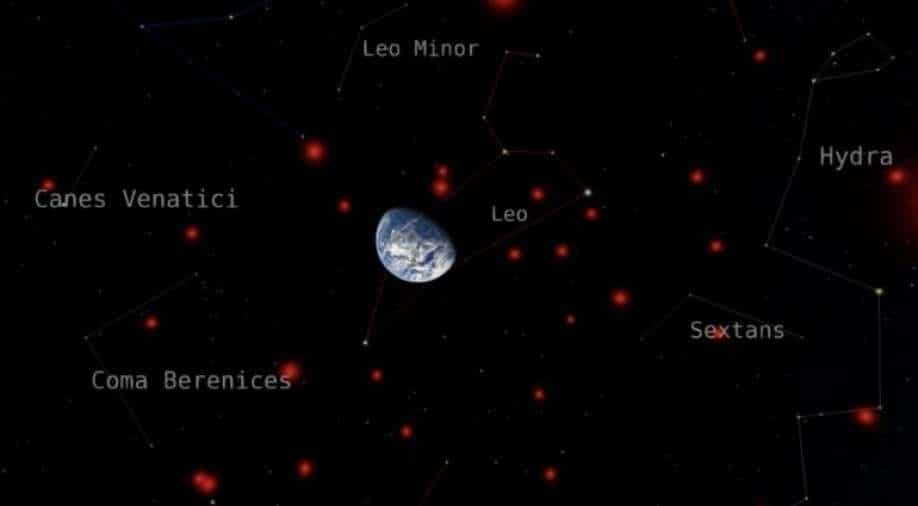 Brown dwarfs are bigger than Jupiter-sized planets but too small for nuclear fusion, the signature process that gives a star its shine

Members of the NASA-funded 'Backyard Worlds: Planet 9' have created the ''most complete'' three-dimensional map of 525 brown dwarfs around the Sun.

To achieve this feat, scientists tapped into the worldwide network of 150,000 volunteers. The study has been published in the journals Nature and the Astrophysical Journal Letters.

“Without the citizen scientists, we couldn't have created such a complete sample in so short a time,” said J. Davy Kirkpatrick, a scientist at Caltech/IPAC in Pasadena and lead author of the study. “Having the power of thousands of inquiring eyes on the data enabled us to find brown dwarf candidates much faster.”

Brown dwarfs are bigger than Jupiter-sized planets but too small for nuclear fusion, the signature process that gives a star its shine. Also known as “failed stars,” brown dwarfs are born hot and emit faint but telltale infrared light as they slowly cool.

These objects are balls of gas that are not heavy enough to be stars since they can’t power themselves through nuclear fusion the way stars do. And while “brown” is in the name, they would appear magenta or orange-red if a person could see them close up. By making a complete map of these objects, scientists could find out whether different kinds of brown dwarfs are evenly distributed in our solar system’s neighbourhood.

Telescopes can detect brown dwarfs because they emit heat, in the form of infrared light, leftover from their formation. Infrared light is invisible to human eyes, but it can reveal tantalising details about brown dwarfs and other objects throughout the universe.

“If you were to put the Sun at a random place within our 3D map and you were to ask, ‘Typically, what do its neighbours look like?’ We find that they would look very different from what our actual neighbours are,” said Aaron Meisner, assistant scientist at the National Science Foundation’s NOIRLab and co-author of the study.

The Backyard Worlds: Planet 9 project is ongoing and open to anyone worldwide who wants to join the quest to find more mysterious objects in spacecraft data. In addition to a total of about 3,000 brown dwarfs, volunteers have helped find the oldest, coldest white dwarf surrounded by a disk of debris.

“I enjoy this project because the objects that we send to the researchers might get observed with a big telescope,” said Melina Thévenot, a citizen scientist in Germany who is listed as a co-author of the new study. “I think we volunteers can really see the fruits of our efforts with this project and the publications by the science team.”