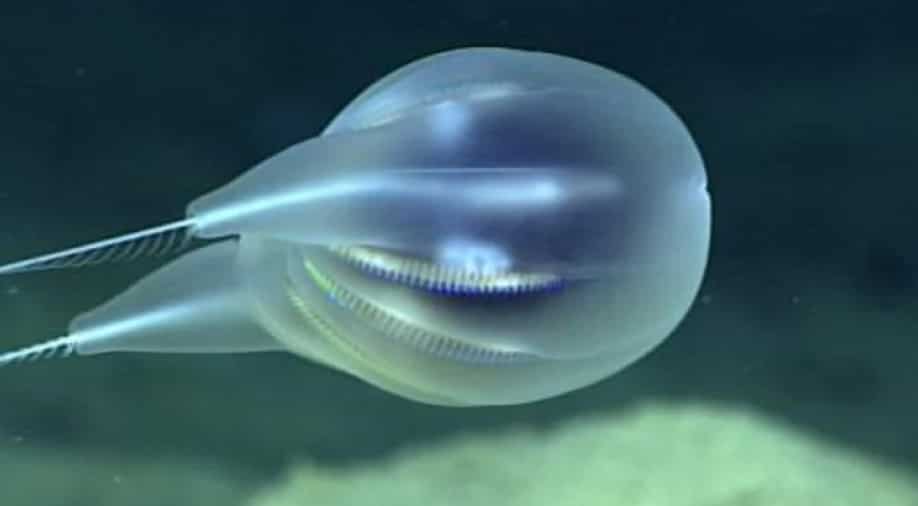 No physical specimens of the animal have been collected but the species was declared from video taken 3,900 metres below the surface.

Researchers from the National Oceanic and Atmospheric Administration (NOAA) have identified a strange new ctenophore species. Duobrachium sparksae is a gelatinous type of ctenophore first spotted with the remotely-operated Deep Discoverer probe off the Puerto Rico coast.

They used only high-definition underwater cameras to conclude their findings.

No physical specimens of the animal have been collected but the species was declared from video taken 3,900 metres below the surface.

Comb jellies, like Duobrachium sparksae, can be just a few millimetres long but are carnivores that eat small arthropods and are able to propel themselves forward by beating rows of hairlike structures found on their surface.

Three individuals of the new species were spotted by the diving robot.

While the team hopes to collect specimens on future dives for physical analysis, they say it might be decades before they have the chance to run into the comb jelly again.

The findings are reported in Plankton and Benthos Research.