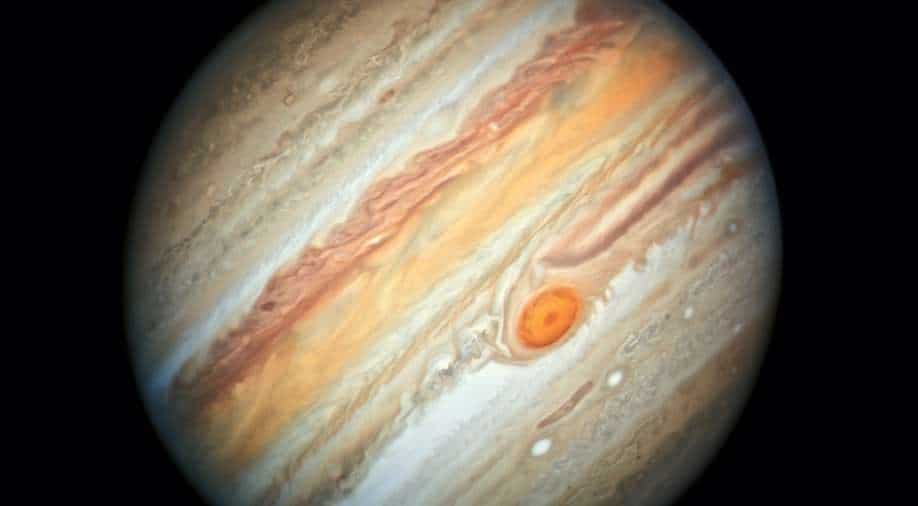 A recent study has found out that there is a reason why Jupiter is dubbed 'the biggest planet' in our solar system. Turns out it achieved this gigantic size (300 times bigger than Earth) by consuming small planets

There have been several space missions to study how Moon, Marth, Sun and our galaxy were formed, but seldom there are any that have unravelled the mysteries on the origin of the giant planet.

A recent study has found out that there is a reason why Jupiter is dubbed as the biggest planet in our solar system. Turns out it achieved this gigantic size (300 times bigger than Earth) by consuming other small planets.

By studying the gravitational data collected by NASA’s Juna space probe, and the makeup of the rocky material at the gas giant’s core, the scientists suggested that Jupiter ate baby planets—often called planetesimals—to fuel its growth.

This theory was propounded by an international team of astronomers led by Yamila Miguel from the SRON Netherlands Institute for Space Research. They published their article in the journal Astronomy & Astrophysics last week.

"Jupiter was one of the first planets to form in our solar system. However, we know almost nothing for certain about how it formed," Yamila Miguel, an astrophysicist at Leiden University in The Netherlands, told Live Science.

"Juno provided very accurate gravity data that helped us to constrain the distribution of the material in Jupiter's interior... It is very unique data that we can only get with a spacecraft orbiting around the planet," she added.

Jupiter may predominantly be a ball of swirling gas today, but it started its life by accreting rocky material — just like every other planet in the solar system.

As the planet's gravity pulled in more and more rocks, the rocky core became so dense that it started pulling in large amounts of gas from far distances — predominantly hydrogen and helium left over from the sun's birth — to form its enormous gas-filled atmosphere.