Robot which can cook and taste food is here! 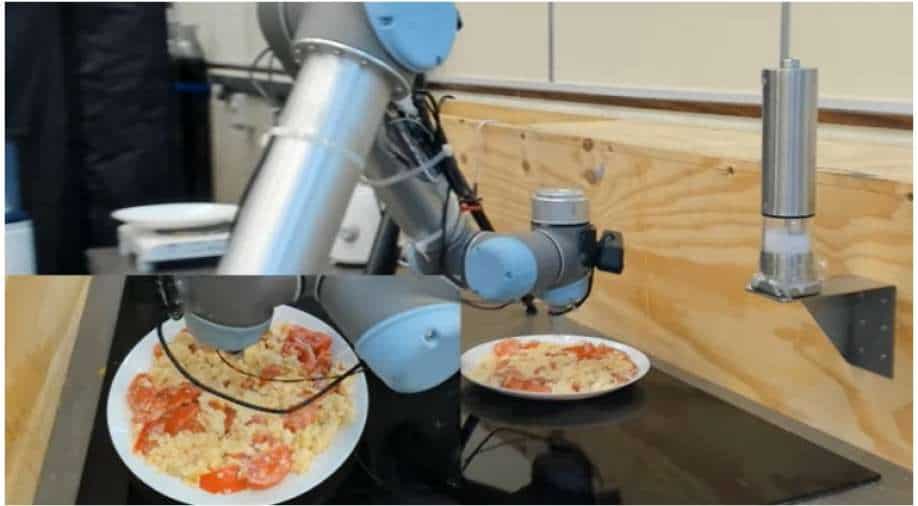 (Image: Cambridge University) The robot 'tasting' the food. Photograph:( Others )

The robot had already been trained to cook egg omelets. The researchers at Cambridge University added a sensor to the robot which can recognise different levels of saltiness

Machines are learning things fast and replacing humans at a faster rate than ever before. Fresh development in this direction is a robot that can taste food. And not only it can taste the food, it can do so while making the dish it is preparing! This further leads to the robot having the ability to recognise taste of the food in various stages of chewing when a human eats the food.

The robot chef was made by Mark Oleynik, a Russian mathematician and computer scientist. Researchers at the Cambride University trained the robot to 'taste' the food as it cooks it.

The robot had already been trained to cook egg omelets. The researchers at Cambridge University added a sensor to the robot which can recognise different levels of saltiness.

The robot then tasted nine different variations of scrambled eggs at three different levels of the chewing process.

The researchers at Cambridge University have published a paper in journal Frontiers in Robotics & AI.

"We wanted to replicate a more realistic process of chewing and tasting in a robotic system, which should result in a tastier end-product," said Dr Arsen Abdulali. Dr Abdulali was quoted by BBC. He further said that in the experiments, the robot was able to 'see' the difference in the food as it chewed.