Rivers across the US changed colours over 3 decades. What does this mean? 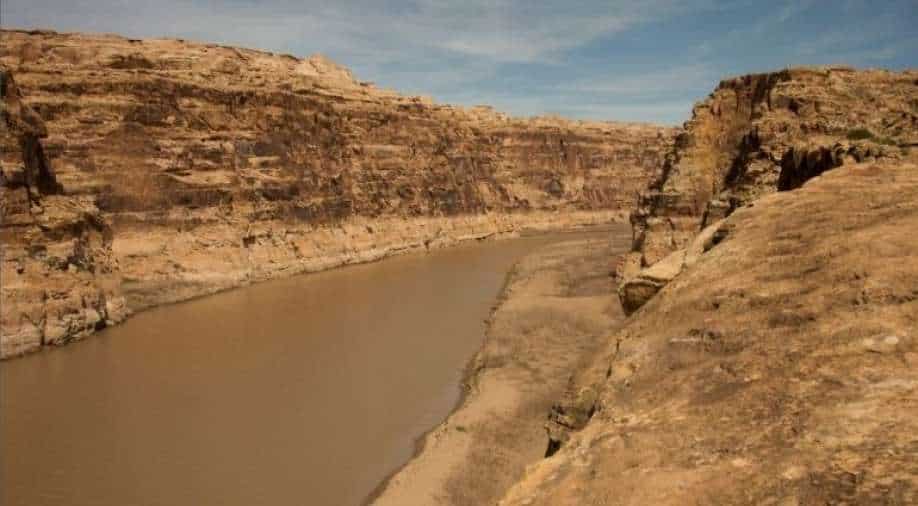 The Colorado river is seen near Hite, Utah on April 18, 2018. Known for its dramatic canyons, whitewater rapids, and eleven U.S. National Parks, the Colorado River and its tributaries are a vital source of water for 40 million people. The river and its tr Photograph:( AFP )

Do rivers have colours? Yes, the colour of a particular river points to its health

Do rivers have colours? Yes, the colour of a particular river points to its health, and rivers can run an array of colours ranging from green, blue, brown, yellow. But now, colours of rivers in the US are showing drastic changes.

The colour shows how the river is performing in terms of pollution, sedimentation, and the nature of algae. It’s a common belief that the clearer the water, the cleaner it is. And the darker it gets, the more polluted it is.

People have been judging the quality of water in rivers based on water for a long time now. But scientifically, colour has never been used by researchers to gauge the health of the river, and to understand whether it could point to the condition of river networks across countries.

In a new research undertaken by a team of scientists led by John Gardner fro the University of North Carolina at Chapel Hill explains how the colour of water is an “intuitive and broadly applicable” water measurement.

But why is it intuitive? The scientist claims that the water’s suitability for consumption, among many things, is ascertained by its superficial colour. In short - nobody wants to drink water from a dirty river!

Also read: How selfish are plants? Let’s do some root analysis

During the course of his research, the team combined traditional ways of looking at a river’s health with remote sensing capabilities provided by satellites.

They took into account a lot of data from satellites (NASA and USGS) that represent almost 235,000 images and accounting for the time period between 1984 to 2018 (34 years).  One thing was clear - colour of any river is not static - it changes and reaffirms itself over territories depending on the factors mentioned above.

But what they did find was that the dominant colour in one-third US rivers changed significantly over 30 years!

Many factors besides pollution played into this colour change - including seasonal differences. They found that as summer approached, the rivers became more red. The dominant colour in 56 per cent of river observations was yellow, followed by the colour green in 38 per cent observations.

The scientists believe that such changes in colour could help preserve water systems across the globe. The research was published in Geophysical Research Letters.