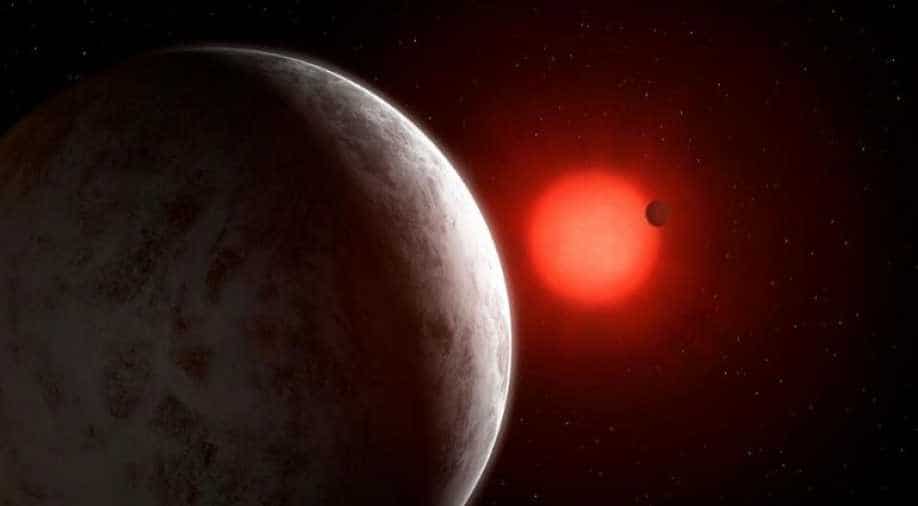 Exoplanets have been discovered earlier, but astronomers have never sensed their light

A new technique has not only helped astronomers find a super-Earth at a neighbouring star but may also have imaged it.

Earlier, it was thought ultra-powerful telescopes currently being developed would be required to image exoplanets.

However, a team of researchers, have used a new technique which they say have imaged a possible sub-Neptune/super-Earth-sized planet orbiting Alpha Centauri A, reports ScienceAlert.

Also read | Life on Mars? Study gives fresh evidence to back the claim

Alpha Centauri A is one of the Earth's closest neighbours.

The researchers published their findings in Nature Communications titled: "Imaging low-mass planets within the habitable zone of α Centauri."

Exoplanets have been discovered earlier, but astronomers have never sensed their light.

This time, though, the researchers have used infrared.

A major challenge with infrared is to discern the light appearing from an exoplanet.

Exoplanets before this use to rely on wavelengths, where the background infrared doesn't exist, but the problem was in finding temperate Earth-like planets.

In this research, an instrument known as NEAR (New Earths in the AlphaCen Region), mounted on the ESO (European Southern Observatory's) Very Large Telescope (VLT) in Chile was used.

The instrument works with the VISIR instrument, also on the VLT.

So, the researchers' results came after 100 hours of cumulative observations with the VLT and NEAR.