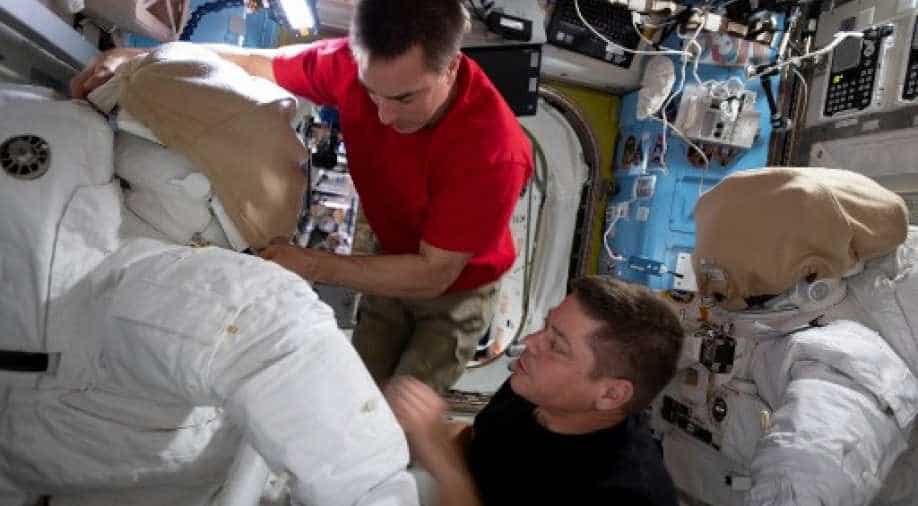 A US astronaut lost a mirror attached to his spacesuit during a spacewalk after stepping out of the International Space Station (ISS) last week.

Also Read: NASA wants inventors to design a loo for the Moon

US astronaut Chris Cassidy had gone out of the space station to replace the batteries when he lost his mirror. Cassidy's colleague Bob Behnken had accompanied him when the incident occurred. Chris Cassidy said losing the mirror was "a real bummer".

Chris Cassidy had arrived on the ISS in April.

Bob Behnken and Doug Hurley had entered the International Space Station last month after a landmark 19-hour journey when they were welcomed by Chris Cassidy. Behnken is on the ISS in order to conduct checks and to ensure readiness.

Chris Cassidy and Bob Behnken had reportedly completed their spacewalk spanning over six hours last Friday. It was the first of four walks taken by the duo to replace the ageing batteries at the space station's solar power system.

Earlier, two Russian cosmonauts aboard the ISS had played a game of chess against a grandmaster on Earth. The cosmonauts Anatoly Ivanishin and Ivan Vagner played in zero gravity against 30-year-old Russian Sergei Karyakin which ended in a draw after 15 minutes. The match was broadcast live for Earth dwellers.

The match was part of 50th anniversary of the first Space-Earth chess game played on June 9, 1970.