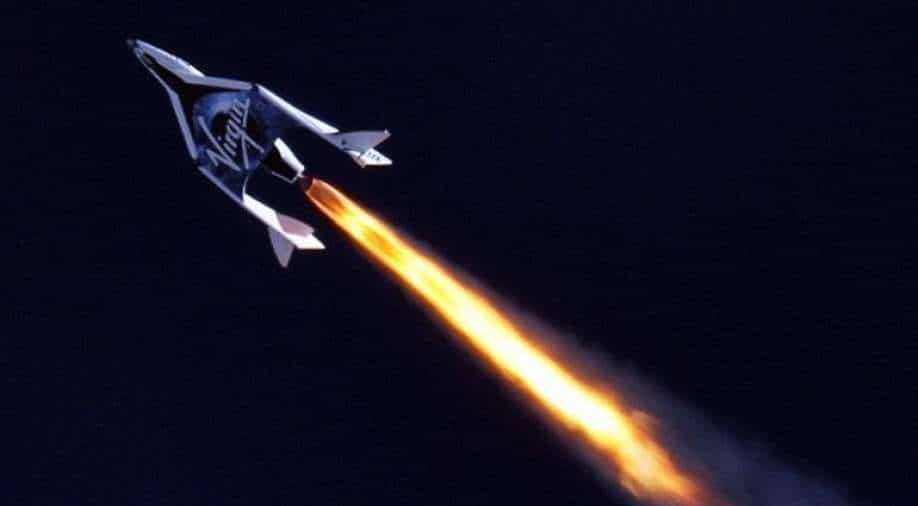 Virgin Galactic's SpaceShip2 which was dropped from its "mothership", WhiteKnight2 over the Mojave, California area, at high altitude before firing its hybrid power motor Photograph:( AFP )

The move presents an ideal opportunity for the company to flaunt its ambitions not only to send wealthy tourists on pleasure rides costing $200,000 or more, but also to advance science.

Earlier, the US Federal Aviation Administration approved the first commercial license to take consumers to space for Virgin Galactic.

The flights are far from the classic rocket experience, with a carrier plane taking off from a runway then dropping the spacecraft once in the air, which then ignites its engines.

Branson, Bezos, and Musk have been investing billions of dollars on their rocket startups.

Virgin Galactic last month completed its first manned space flight from its new homeport in New Mexico in May, as its SpaceShipTwo craft with a capacity of six passengers glided to a landing on a runway safely with its two pilots.