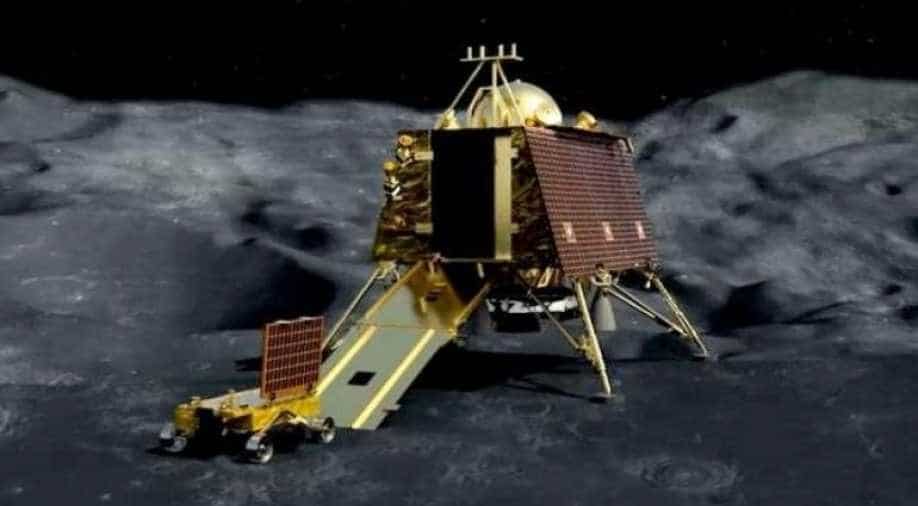 In this file photo, Chandrayaan 2's lunar rover can be seen Photograph:( Reuters )

A SpaceX rocket that has lost control has put India's Chandrayaan and NASA's Lunar Reconnaissance Orbiter in danger. They are orbiting the Moon to collect observations about the impact crater.

The debris of the seven-year-old rocket, that had been launched from Florida, can collide with the Moon as well.

The dry mass of Falcon 9's second stage is about 4 metric tonnes, and it should impact the Moon at a velocity of about 2.58 km/s.

The aim of the booster was to attempt an interplanetary mission to send a space-weather satellite on a million-mile journey.

''It has been following a somewhat chaotic orbit since February 2015,'' said meteorologist Eric Berger explained in a recent post on Ars Technica.

“This is the first unintentional case [of space junk hitting the moon] of which I am aware,” as per Bill Gray, who writes the widely used Project Pluto software to track near-Earth objects.

For those asking: yes, an old Falcon 9 second stage left in high orbit in 2015 is going to hit the moon on March 4. It's interesting, but not a big deal.

It had to manoeuvre to avoid colliding with one Starlink satellite in July and with another in October, according to a note submitted by Beijing to the United Nations space agency this month.

Beijing's complaint about Starlink had prompted criticism on Chinese social media of SpaceX's billionaire founder Musk, who is widely admired in China.

In March last year, debris from a Falcon 9 rocket launched by US aeronautics company SpaceX fell to Earth in Washington and on the Oregon coast.