Oldest water on earth found in a Canadian mine 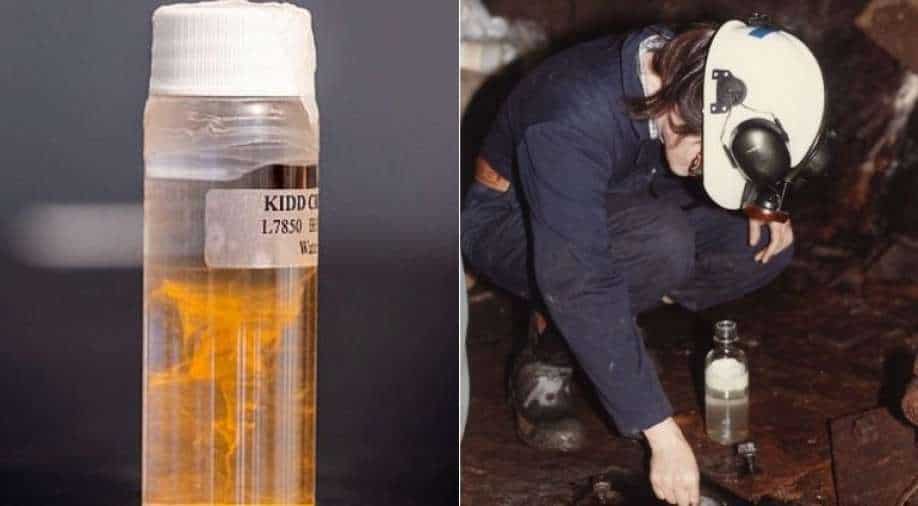 A water sample from the mine (Courtesy of Canada Science and Technology Museum) Photograph:( Twitter )

Tests conducted by researchers at the University of Oxford found that the mean age of the samples was 1.6 billion years old, making it the oldest water sample ever found on Earth

Researchers from the University of Toronto have discovered the world’s oldest sample of water, a finding that could offer clues about the possibility of life on Mars.

Professor Barbara Sherwood Lollar and her team found the water three kilometres beneath the Earth’s surface at a base metal mine in Timmins, Ontario in 2009.

Tests conducted by researchers at the University of Oxford found that the mean age of the samples was 1.6 billion years old, making it the oldest water sample ever found on Earth.

This discovery might just solve one of humanity’s biggest unanswered questions, that is, “could there be life on other planets?”

The 58-year-old Canadian geologist is also a professor at the University of Toronto in the Department of Earth Sciences. She was recently honoured with the Gerhard Herzberg Canada Gold Medal for Science and Engineering from the Research Council of Canada.

“This water is full of all kinds of dissolved elements, dissolved chemicals and it’s those chemicals that allow life to eke out an existence in these deep, dark places,” Sherwood Lollar said.

Oliver Warr, a postdoctoral researcher and the leader of the team, said that this discovery could have significant ramifications on how life might exist and survive in such depths.

An article in Maclean's reported that the musty smell of the oldest water is its dead giveaway. "It literally is following your nose right up to the rock, to find the crack or the fractures where the water is discharging," says Lollar.

She noted that the water is highly saline, which is ten times saltier than seawater. But despite its musty smell, it required more than a gifted schnozz to locate it.