Now, Champagne vineyards hit by fungus due to climate change 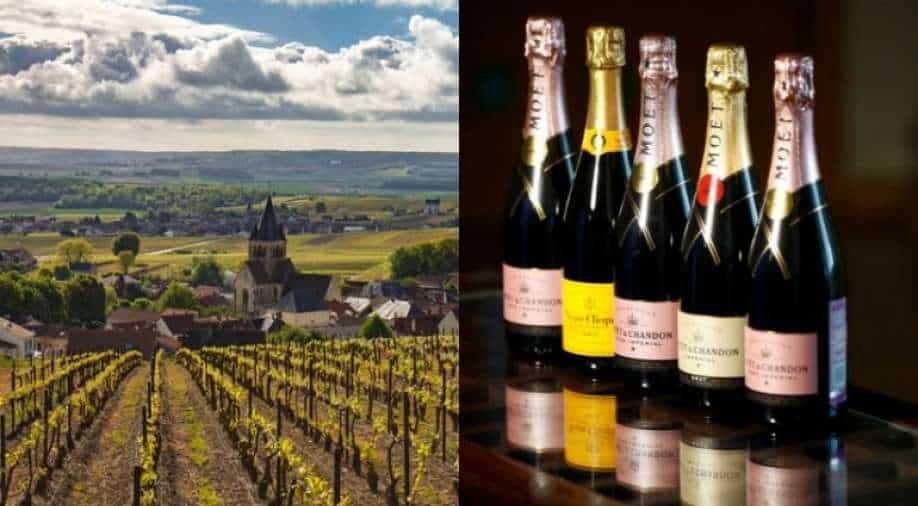 Wineyard in Paris along with bottles of Moet & Chandon and Veuve Clicquot French champagne Photograph:( Reuters )

Champagne makers are having a difficult year due to heavy rainfall earlier this month which has caused fungus that attacks the grapes and causes the leaves to dry up.

About 20 to 25 per cent of the Champagne vineyard has been damaged by mildew fungus due caused by the rain, adding to severe losses caused by frosts earlier in the season.

The rise in the temperature in Champagne over the past three decades has been 1.1 Celcius, which also can advance harvest dates as grapes reach ripeness earlier.

More than half the 244 million bottles shipped each year go to buyers outside France.

Champagne is most often a mixture of several vintages. Winegrowers can keep a reserve of past years' output that can be used when there is a drop in output or extra demand that had not been anticipated.