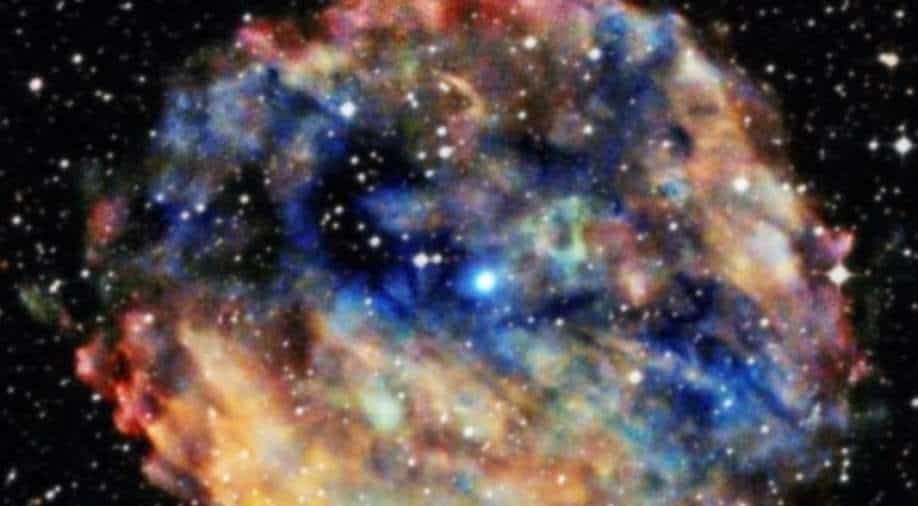 The image of a neutron star posted by the US space agency is garnering a lot of attraction on social media.

NASA's Chandra X-ray Observatory shared the image on Instagram in which the neutron star can be seen shining brightly in the middle of supernova remnant RCW 103.

"The bright source at the center of supernova remnant RCW 103 is a neutron star," the caption of the post said.

The space agency claims that the matter of the star is so tightly packed that the material should weigh more than 1 billion tons, about the same weight of Mount Everest.

"Matter in a neutron star is packed together so tightly that a sugar-cube-sized amount of neutron star material would weigh more than 1 billion tons — roughly the weight of Mount Everest," the post further added.

The post has already generated over 20,000 'likes', with several people commenting that it is "beautiful" and praising it.

For the unversed, a neutron star is a collapsed part of a massive star, a supernova remnant is the leftover of a supernova explosion.

They play a crucial role in catalysing cosmic rays and enriching galaxies with heavy elements.