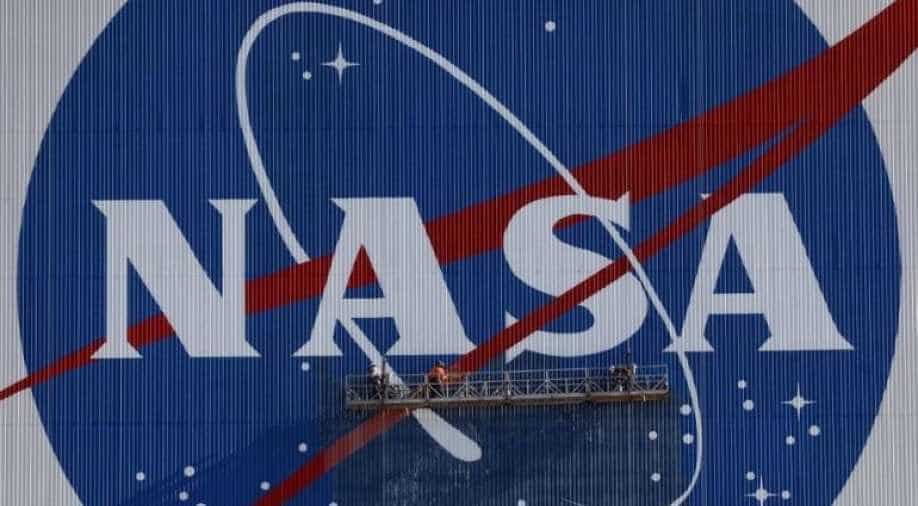 ainters refurbish the NASA logo on the Vehicle Assembly Building at the Kennedy Space Center in Florida in Florida on May 29, 2020 Photograph:( AFP )

NASA recently spent $23 million to come up with a new space toilet to improve the lives of astronauts on the International Space Station. The agency is launching the toilet on Thursday, October 1.

The toilet is designed to be efficient in space, and to specially cater to the needs of female astronauts onboard the ISS.

The new toilet is called the Universal Waste Management System (UWMS), and is reportedly 65 per cent lighter and 40 per cent smaller than the previous model.  The original Waste Collection System is still used on the station, and was built in the 1990s.

The primary rationale behind designing a new toilet was to account for women’s needs on the space station. The earlier model only had room for the user to urinate or defecate, but not both at once - the new system eliminates that, making it more comfortable for all.

The new design, even though might come off as small and weird looking, is best designed to meet the comfort standards of space defecation.

The new design will also require lesser maintenance and plumbing. Additionally, thigh restraints have been removed, and now footholds and handholds will be in place to ensure comfort.

Even though defecation may be getting easier, disposing it still remains a problem. Most of it is put into airtight bags, and then stored in a cargo ship which is sent back to Earth, but burns into the process of reentering.  Urine, on the other hand, is filtered and reused on the station.

The earliest space missions did not have toilets on board. In fact, astronaut Alan Shepard had to urinate in his spacesuit in 1961. The earliest solution to peeing in space was to use plastic tubes, but it did not work out, especially for women, and also caused leakage.

Due to the lack of gravity on the ISS, the toilets are made keeping in mind airflow instead of gravity.

No, mouthwash will not save you from the coronavirus

NASA collected an asteroid sample. But some of it is leaking into space

Aliens on 1000 nearby stars could see us, new study suggests