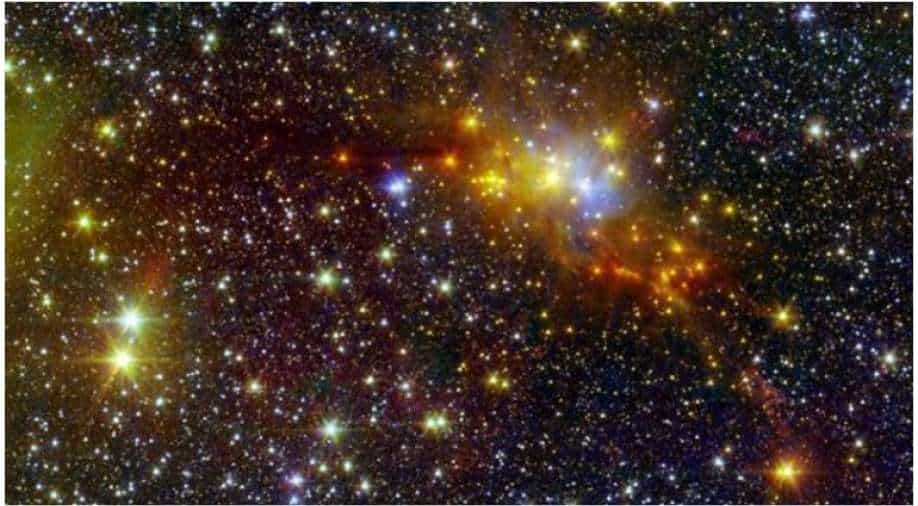 (Image: NASA) 'The serpent' Photograph:( Others )

The structure gets the name because its middle resembles coils of a snake and on closer observation, we can even see 'head' and 'tail' of the snake

The universe is made up of fascinating structures. Stars, planets galaxies and so on. These mesmerising structures have captivated our imagination for millennia. But nebulas, the places where stars are actually born have their own fanbase among the Astro-fanatics.

One of the latest images posted by NASA has again drawn everyone's attention to these stellar factories.

NASA has posted image of Serpens (the serpent) on its Instagram page and it's sight to behold. NASA's Chandra X-Ray observatory has captured an image that shows thousands of spots of light, each representing an illuminated celestial body. In the middle of it all is 'the Serpent'.

The structure gets the name because its middle resembles coils of a snake and on closer observation, we can even see 'head' and 'tail' of the snake.

What's more, we can also see stars that are actually forming inside the Serpens!.

"#Today Chandra is gazing at a galaxy in Serpens, the Serpent. Nearby in the sky the Serpens Cloud Core sparkles with the light of a multitude of stellar hatchlings in the early stages of star development. Located just 750 light years from Earth, this is one of the youngest collections of stars seen in our #galaxy," says NASA in the post

Trust NASA to post pics that go viral. At the time of publishing this story, the photo had been liked by more than 16,000 users.