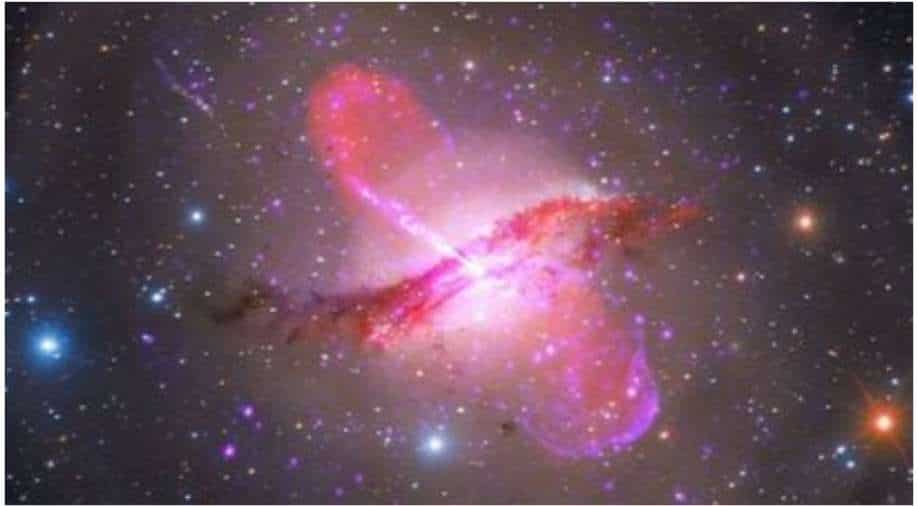 (Image: NASA) Centaurus A Photograph:( Others )

“If people sat outside and looked at the stars each night, I bet they’d live a lot differently”

Many of us know this iconic line from the comic strip Calvin and Hobbes. But it's not always possible for us to look at the infinite beauty of the universe each night.

In smartphone era, we are busier looking down at our phones rather than up in the sky.

But thanks to NASA, we can marvel at the beauty of stars and planets on our devices. NASA hasn't disappointed this time as well. It has posted yet another brilliant image of starscape far far away. It's a galaxy, and it's fifth brightest in the sky.

The name of the galaxy is Centaurus A. NASA has clicked the beautiful galaxy with the help of its James Webb Space telescope.

The galaxy is a beautiful splash of pink. But its colours tell a deeper story.

"...Each light wavelength tells us something different! Dark dust lanes and young blue star clusters, which crisscross its central region, can be seen in visible and near-infrared light. But by switching to X-ray and radio light views, a much more active scene unfolds: spectacular jets of material have erupted from its active supermassive black hole sending material into space well beyond the galaxy's limits," NASA has said in its Instagram post.
⁣

Centaurus-A galaxy is also known as NGC 5128. It is 10-16 million lightyears away from Earth. It is one of the closest radio galaxies to Earth. At the centre of the galaxy there is a supermassive black hole 55 million times the mass of the Sun.