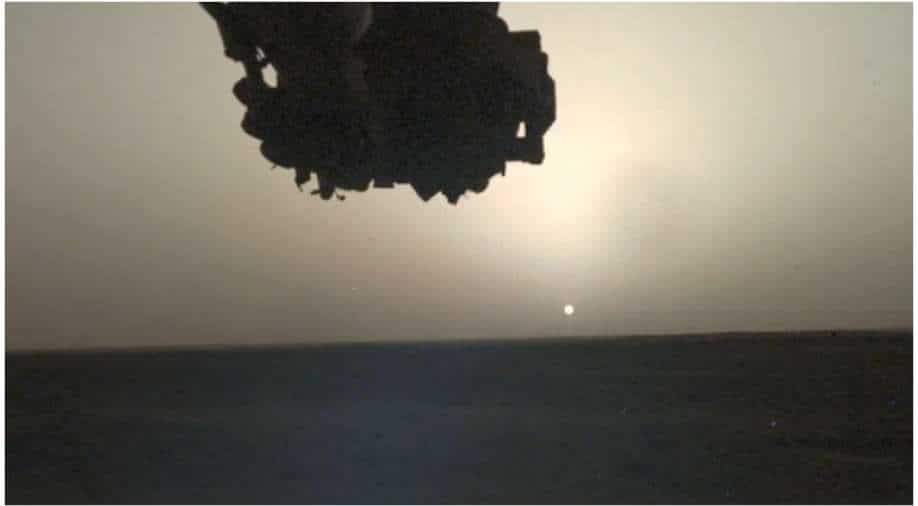 For early birds among us, sunrise is a sight to behold. Well yes, the event occurs daily but there is something undeniably refreshing about it. We don't need anyone's help to witness the beauty of a sunrise. But how about if it is on Mars?

The interesting and enthralling idea of sunrise on Mars is no longer confined to imagination courtesy NASA.

A few days ago, NASA's InSight lander captured a marvelous video of sunrise from Martian surface. The space agency posted the footage in form of a GIF on Twitter.

I’ll never tire of sunrise on Mars. ☀️ Each morning, that distant dot climbs higher in the sky, giving me energy for another round of listening to the rumbles beneath my feet. https://t.co/QB4uVOBLAP pic.twitter.com/61dZe75k2I

InSight lander captured this beautiful Martian dawn on April 10, 2022. It was 1198th Martian day of the mission.

InSight landed on the Martian surface in November 2018. It touched down in a region of Mars called Elysium Planitia. Objectives of the preliminary mission during the first Martian year have already been met.

A Martian year is longer than a year on Earth. Since Mars is located further away from Sun than Earth, the planet takes more time to complete one revolution around the Sun than Earth.