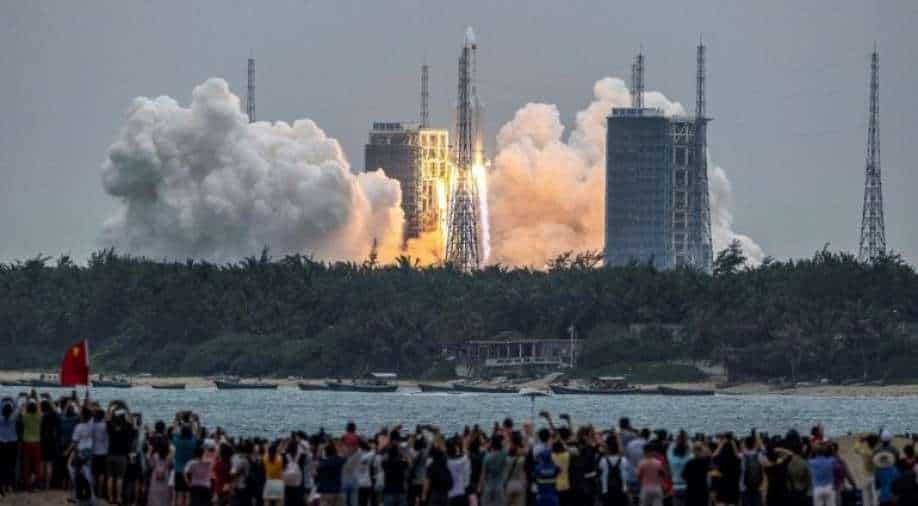 NASA chief has criticised China for "failing to meet responsible standards regarding their space debris" after parts of its biggest rocket landed in the Indian Ocean on Sunday.

"Spacefaring nations must minimise the risks to people and property on Earth of re-entries of space objects and maximise transparency regarding those operations," Bill Nelson, NASA administrator, was quoted as saying by news agency Reuters.

"It is clear that China is failing to meet responsible standards regarding their space debris."

He also urged China and other spacefacing nations, organisations to act "responsibly" and "transparently" for safe, stable and sustainable space activities.

Debris from the Long March 5B has raised global concerns since it took off from China's Hainan island on April 29.

The Chinese space agency on Sunday confirmed that the wreckage of the rocket re-entered the Earth's atmosphere and dropped into the Indian Ocean.

Experts have predicted that there are more chances of the debris landing on water as 70 per cent of our planet is covered by it, but the uncontrolled descent also raised concerns that it could lead to loss of lives and property.

Earlier, US Defense Secretary Lloyd Austin also slammed China for being negligent in allowing rocking to fall out of orbit.