Mysteries of Stephen Hawking's doodle-filled blackboard may finally be solved 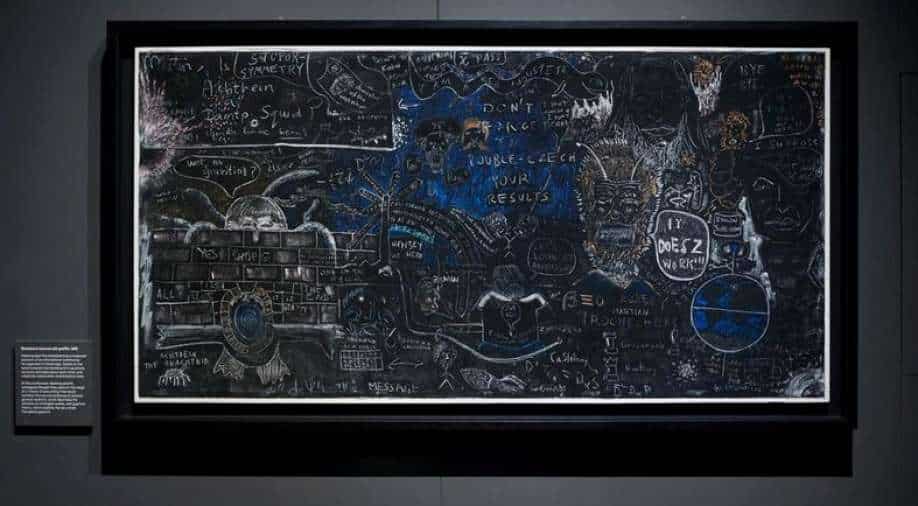 The blackboard included in the "Stephen Hawking at Work" display at the Science Museum in London. Photograph:( Twitter )

At a meeting he organised in 1980, the Cambridge cosmologist, who died in 2018 at the age of 76, adored a blackboard that got swamped with caricatures, doodling, and mathematics.

What was Stephen Hawking's thought process?

By looking at one of his old blackboards, a new exhibit at the Science Museum of London seeks to answer that question.

Prof Stephen Hawking has left a mystery of his own among the varied items of his former office, having spent his life to the mysteries of the cosmos.

At a meeting he organised in 1980, the Cambridge cosmologist, who died in 2018 at the age of 76, adored a blackboard that got swamped with caricatures, doodling, and mathematics.

But deciphering what all the graffiti and inside jokes signify will take some time.

The blackboard, which is both a confusing work of art and a memory from the history of physics, will be on exhibit for the first time at the Science Museum in London on Thursday as part of a collection of office objects bought by the museum.

Are there any long-lost secrets or incredible discoveries hidden among these doodles and inside jokes?

The best chance of deciphering the blackboard is if any of the attendees from that long-ago event come by to see the exhibit ("Stephen Hawking at Work"), which includes a copy of the physicist's 1966 PhD thesis, his wheelchair, a small glass apple, a formal bet that information swallowed by a black hole is lost forever, and a personalised jacket from The Simpsons creators.