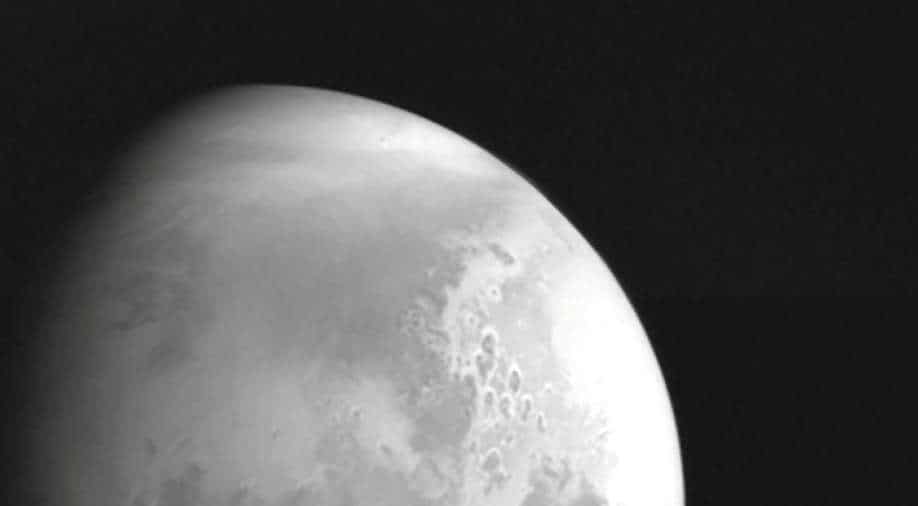 The five-tonne Tianwen-1 includes a Mars orbiter, a lander and a rover that will study the planet's soil

China's maiden space exploration mission to Mars has captured its first image of the red planet, the space agency said on Friday, some six months after the probe left Earth.

The uncrewed Tianwen-1 launched in July around the same time as a rival US mission is expected to enter Mars orbit around February 10.

The black-and-white photo released late Friday by the China National Space Administration showed geological features including the Schiaparelli crater and the Valles Marineris, a vast stretch of canyons on the Martian surface.

Also read: Mysterious Mars landslides may be caused by melting ice and salt under surface, similar to Earth

The robotic craft ignited one of its engines to "make an orbital correction" Friday and was expected to slow down before being "captured by Martian gravity" around February 10, the agency said. 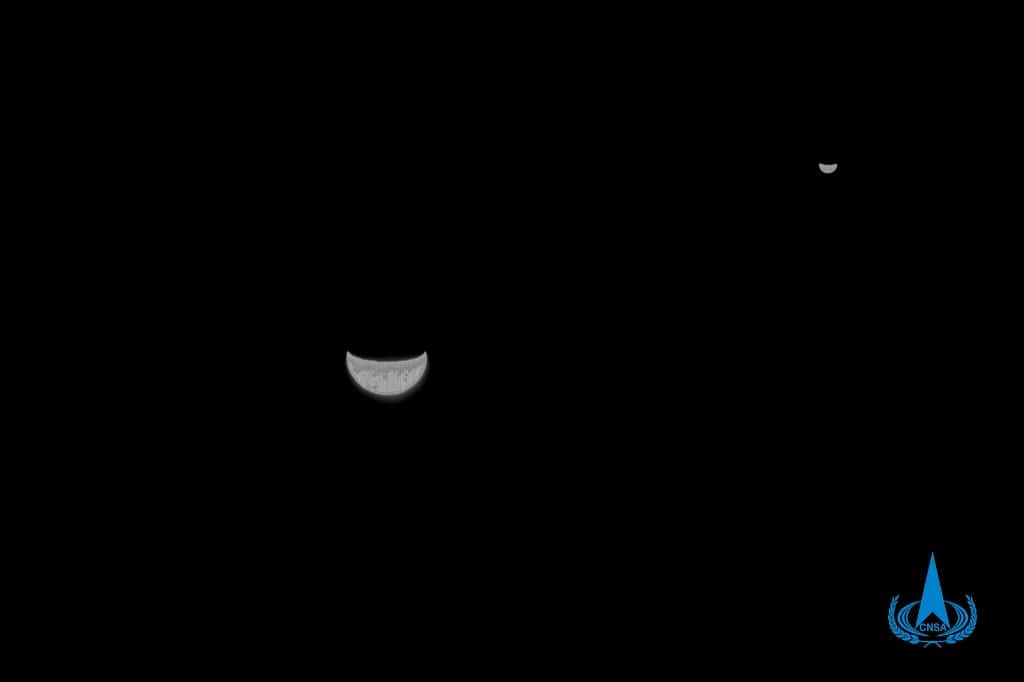 In picture: This handout photograph taken on July 27, 2020 and released by the China National Space Administration via CNS, shows a view of the Earth and Moon taken by China's Tianwen-1 Mars probe from a distance of 1.2 million kilometers/AFP

The five-tonne Tianwen-1 includes a Mars orbiter, a lander and a rover that will study the planet's soil.

The probe is now only half that distance away from Mars and around 184 million km from Earth after 197 days of the mission, the CNSA said in a statement, adding that its systems were in good condition.

The Tianwen-1 was launched in July from China's southern Hainan island and expected to reach the orbit of Mars this month. In May, it will try to land in Utopia Planitia, a plain in the northern hemisphere, and deploy a rover to explore for 90 days.

If successful, the Tianwen-1 will make China the first country to orbit, land and deploy a rover in its inaugural mission to Mars, further boosting China's space credentials after it last year became the first nation to bring back samples from the moon since the 1970s.

China previously made a Mars bid in 2011 with Russia, but the Russian spacecraft carrying the probe failed to exit Earth's orbit and disintegrated over the Pacific Ocean.

China hopes to ultimately land the rover in May in Utopia, a massive impact basin on Mars.

After watching the United States and the Soviet Union lead the way during the Cold War, China has poured billions of dollars into its military-led space programme.

The Asian powerhouse has laid the groundwork to assemble a space station by 2022 and gain a permanent foothold in Earth orbit.

But Mars has proved a challenging target so far, with most missions sent by the United States, Russia, Europe, Japan and India to the planet since 1960 ending in failure.