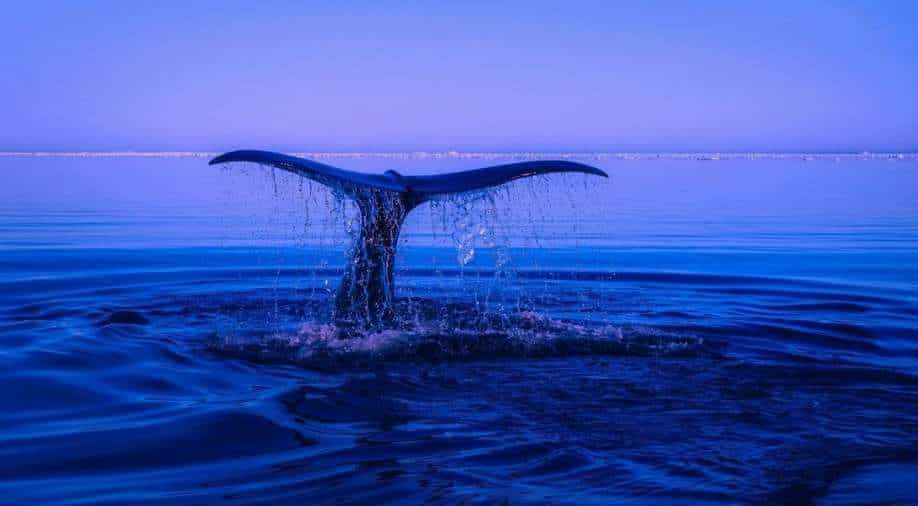 Eubalaena glacialis (North Atlantic right whale) is one of the most endangered mammals in the world. Whaling put them on the verge of near-extinction

The report mentioned that a trio of marine biologists took the opportunity to snap the rare scenes and also noted the markings.

As per the biologists, the markings are used used to identify individual animals and track their injuries.

The process is extremely crucial as it helps in the conservation efforts for a species believed to have 336 members.

ALSO READ | Rare sighting as alignment of four planets will be visible through April. Here's how to watch it

Eubalaena glacialis, which means the North Atlantic right whale, is one of the most endangered mammals in the world. Whaling put them on the verge of near-extinction.

Although whaling is banned, they often get stuck with fishing gear or collide with ships that act as major threats to them.

"Unfortunately, since 2010, their population has been decreasing," explains Christy Hudak, the leader of the Center for Coastal Studies' expedition.

"We're trying to spread the word regarding these amazing creatures and just how a key species they are in the circle of life," Hudak added.

Right whales are distinguished by their stocky, black appearance with no dorsal fins, as well as heads adorned with knobby patches of rough skin called callosities.

ALSO READ | Sun blasted Mercury with a plasma wave. What does it mean for Mercury's atmosphere?

The callosities are coloured white from the tiny "whale lice" (cyamids) that cling to their hosts in what is thought to be a symbiotic relationship.

In a similar context, a media report mentioned that a North Atlantic right whale and her calf were spotted swimming off the shores of Georgia.

But concerns were raised when a closer look at the aerial image showed that the mother is entangled in fishing rope.

A report by The Nature Conservancy, detailed information regarding the sighting was published on April 12.

In the report, it was mentioned that the fact that she was "still able to migrate south 1,000 miles and calve successfully is a minor miracle."

"Our colleagues in New England and Canada cut over 100 yards of rope off of her last year, but they weren't able to remove it entirely," the report quoted Clay George as saying. He is a Senior Wildlife Biologist at Georgia Department of Natural Resources.

"The fact that she was still able to migrate south 1,000 miles and calve successfully is a minor miracle," George explained.