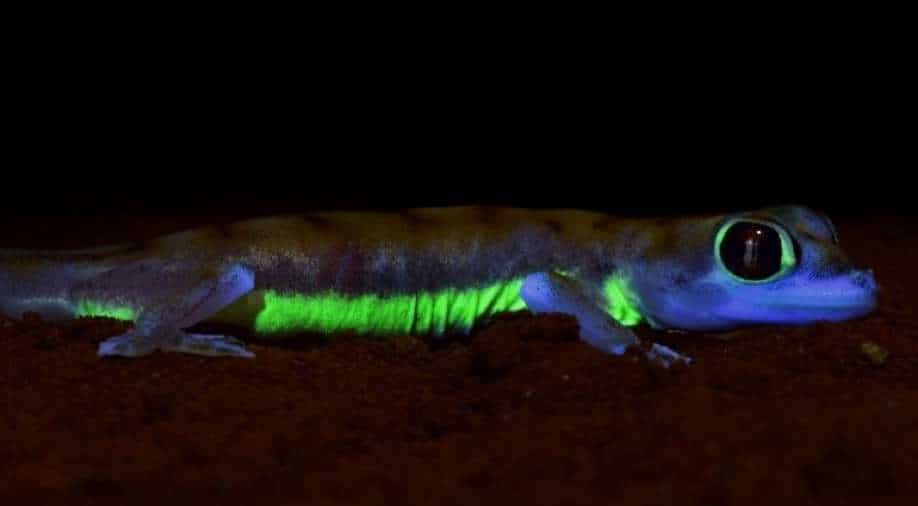 Scientists recently discovered reptiles that glow in the dark... literally!

Astonishing glow-in-the-dark discoveries were recently made in Africa, after scientists recently discovered reptiles that glow in the dark... literally! Namibia's geckos shine bright under black lights, as stated in a study recently published in Scientific Reports.

According to the report, the stripes and blots on the reptile prevent it from being identified by predators, and keep them singled out from other geckos. A lot of such discoveries have been made recently across the world. In Australia, platypuses with fluorescent markings were discovered. 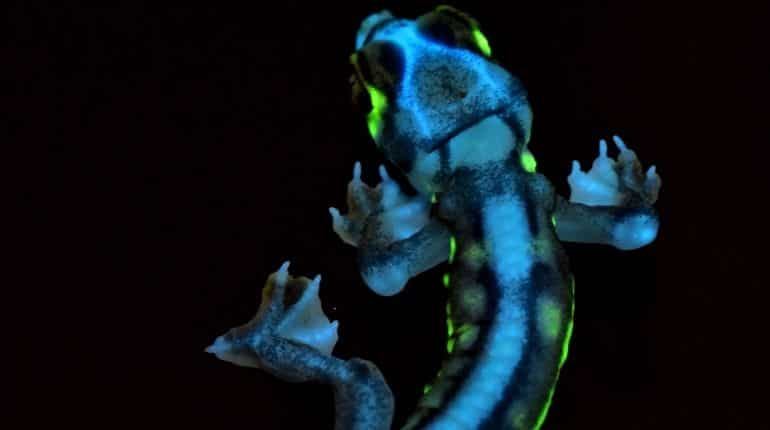 The particular species in question have translucent skin, with even their bones glowing under ultraviolet light.

Certain reef fish also possess this strange ability, even though those are not linked to the gecko.

My colleagues and I have discovered intense, neon-green fluorescence in the web-footed gecko, Pachydactylus rangei!
It's produced by modified iridophores and is amongst the brightest fluorescence in vertebrates.
Published today in @SciReports!
More here: https://t.co/3gtmeKyVm4 pic.twitter.com/TZzkcuK55N

Dr Mark Scherz from Germany's University Potsdam, part of the Adaptive Genomics Group recently spoke to Live Science about the astonishing discovery, claiming that the colour was shocking to the researchers.

They found that the overlap of characteristics among different species may point to the fact that many of them are way closer to each other than previously thought. 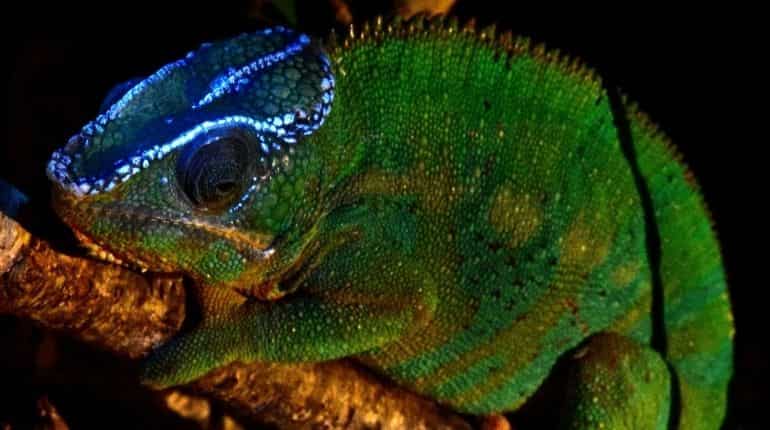 "Actually it turns out quite a few other species, including geckos, have sufficiently transparent skin that their bones' fluorescence can be seen through it under a sufficiently strong UV light," Scherz said.

"We have observed in captivity that, although these animals are largely solitary, they do run up to one another to greet each other after a short period of separation," Scherz added.

"They also lick condensation from each other's bodies. So there are lots of reasons that being able to see each other over long distances would be useful for these geckos," he further said.