'ISRO's SSLV - A rocket that can be launched anytime, from anywhere', says SDSC Director 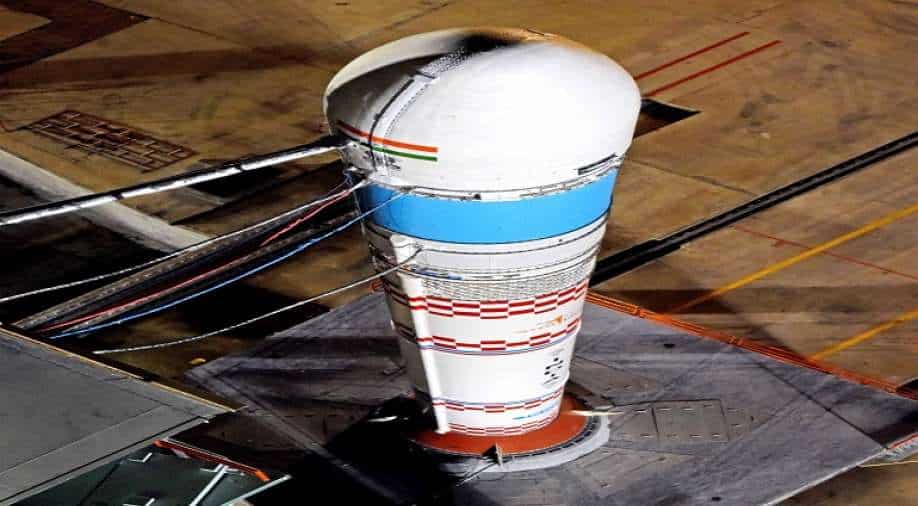 'ISRO's SSLV - A rocket that can be launched anytime, from anywhere', says SDSC Director Photograph:( WION )

In comparison to SSLV, these rockets are much more complex and sophisticated, as they are powered by stages that carry solid fuels, liquid fuels and even cryogenic fuels (in the case of GSLV and GSLV Mk3).

The Indian Space Research Organization (ISRO) is gearing up for the first-ever launch of its new rocket - Small Satellite Launch Vehicle (SSLV). Scheduled for 9:18am, Sunday, August 7th from India's Spaceport Satish Dhawan Space Centre, Sriharikota, the SSLV will place into orbit two satellites. While the primary passenger of this mission is EOS-02, a 135 kg Satellite, it will also carry a co-passenger, student-built 'AzaadiSAT'.

India's current operational rockets PSLV, GSLV and GSLV Mk3 had their maiden launches in 1993, 2001 and 2017, respectively. In comparison to SSLV, these rockets are much more complex and sophisticated, as they are powered by stages that carry solid fuels, liquid fuels and even cryogenic fuels (in the case of GSLV and GSLV Mk3). In contrast, the SSLV is a three-stage rocket that is powered by solid fuels alone, thus making it relatively simpler and faster to manufacture, assemble and launch.

According to him, the SSLV is a result of various important lessons that all ISRO centres have learnt over the last three decades, in terms of manufacturing, assembling and launching diverse vehicles such as PSLV, GSLV and GSLV Mk3. "We have ensured that the manufacturing and assembly process of SSLV have been kept as simple as possible. Getting the solid stages ready for PSLV and GSLV can take between 6 to 8 months, whereas this duration has been halved for SSLV. We get all the SSLV parts from Indian industry and carry out the casting process (solid fuel filling) at SDSC," he explained.

#Video: The making of #SSLV #ISRO
A new era of commercial spaceflight from #india is to begin😍

ISRO has introduced certain new processes and techniques into the SSLV manufacturing and assembly to ensure that the rocket can be prepared for launch in a week. "Usually, it takes a week to assemble a rocket motor, but it takes a single day for SSLV. We have used dry joints, instead of wet joints to ensure faster assembly of the rocket," he added.

In terms of an all-solid stage vehicle like SSLV, he said that there is always a need to be extra cautious during assembly process, given that the fuel is filled months ahead of the launch, as opposed to liquid-fuel rocket stages where fuel is filled just a few hours prior to the launch. Despite being an all-solid stage rocket, SSLV uses a final liquid-fuel based Velocity Trimming Module (VTM) to make minor corrections and inject the satellites into precise orbit. The VTM is similar to the propulsion systems used on board satellites.

On the future possibilities with the SSLV rocket, Mr. Rajarajan said that it is a rocket that can completely be manufactured by Indian industry and that it is possible to have a number of launches per year. Given the ease of manufacturing process and assembly, he believes that SSLV is a rocket that can be launched anytime and from anywhere (from the back of a truck or a mobile launchpad or a launchpad with minimal infrastructure) etc.