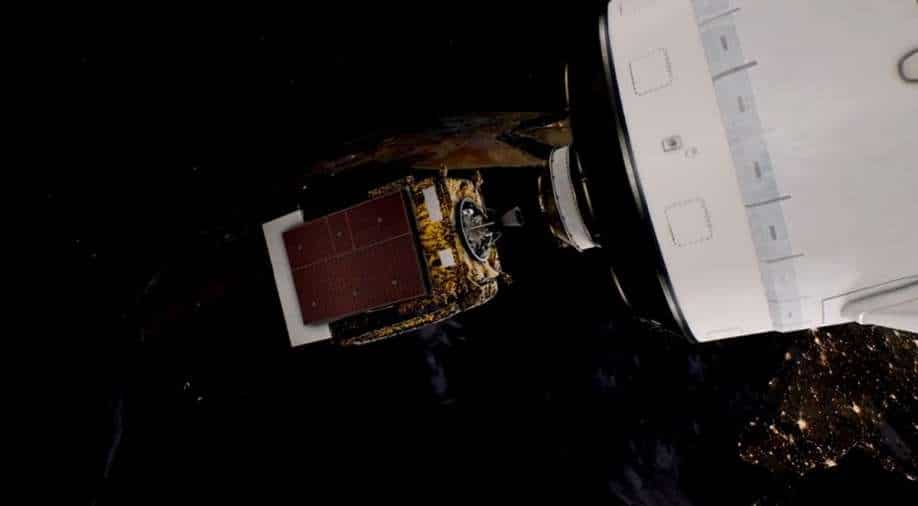 Following the launch of the Indian communication satellite 'GSAT-24' on a foreign rocket, from foreign soil, India's space agency has taken control of the satellite. The Master Control Facility of the state-run Indian Space Research Organization(ISRO) has also inferred based on initial data, that the satellite is in good health.

It was after a 40-minute flight, during the wee hours of Thursday that the GSAT-24 was placed in an initial Geosynchronous Transfer Orbit (which can be understood as a temporary parking slot), by the European Ariane 5 rocket, launched from French Guaina. In the coming days, the Master Control Facility, situated in Hassan, Karnataka, India, would issue commands to raise the orbit of the satellite and place it in the Geosynchronous orbit (which can be understood as a final parking slot). The satellite is expected to remain in this orbit and function for a period of 15 years. A satellite placed in Geosynchronous orbit is in sync with the Earth's rotation.

The 4180kg GSAT-24 is a 24-Ku-band communication satellite meant for meeting the Direct-To-Home (DTH) communication needs of India. India's state-run NewSpace India Limited(NSIL) has leased the entire satellite capacity to M/s Tata Play for a period of 15 years.  The entire funding for the GSAT-24 mission has been borne by NSIL.

“Today’s successful mission of GSAT-24 is a major step forward for NSIL in commercially meeting the DTH communication needs of the country using indigenously built satellite solutions from ISRO,” Dr S Somanath, Secretary DOS said. With the launch of GSAT-24, NSIL will be owning and operating nearly 11 Communication Satellites in-orbit and would meet the bulk of India's communication needs.

During its journey to space, India's GSAT-24 was not alone, atop the European Ariane 5 rocket. It was accompanied by a co-passenger satellite dubbed 'Measat-3d', which is meant to meet the communication needs of Malaysia.