Is someone looking at us from Mars? This creepy photo sure looks like it 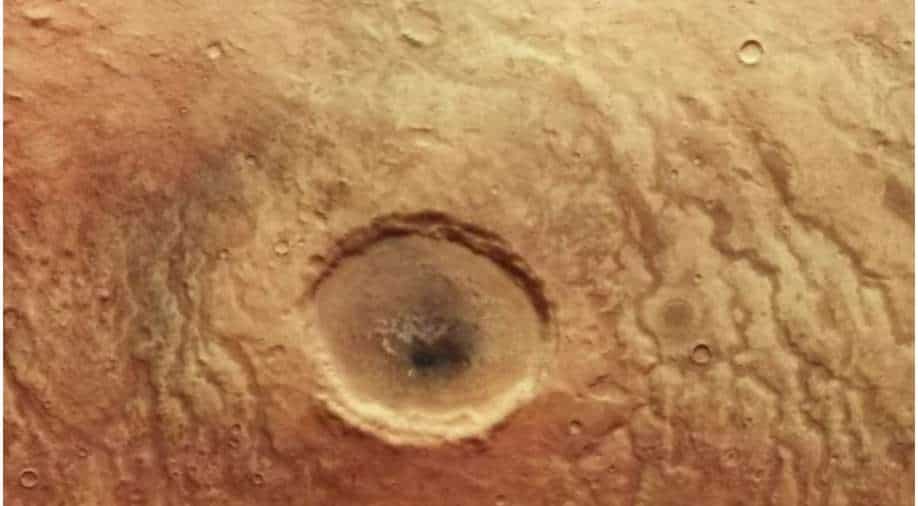 Image of Mars taken by European Space Agency. Photograph:( Others )

Martians attacking Earth has been a recurrent theme in movies and books. The theme is so popular that it almost appears that we secretly wish our planet to be invaded by Martians

Mars has been favourite candidate of humankind to search for life just next door in our solar system. Martians attacking Earth has been a recurrent theme in movies and books. The theme is so popular that it almost appears that we secretly wish our planet to be invaded by Martians.

So how about an idea that someone is staring at us from the surface of the red planet? The idea sure sends a chill down our spine as it suggests that while we were busy understanding our neighbour by sending spacecrafts, someone (or something!) on the planet instead had its eyes at us.

Latest photograph clicked by European Space Agency (ESA) orbitter sure looks like it!

But thrill seekers among us need to hold their horses for a bit as this photo is of a massive crater on the surface of Mars.

That does not mean it doesn't look scary.

The crater is almost the shape of an eye and complete with a blackened region at the centre. The crater is 30 kilometres across and is located in a region in southern hemisphere of Mars. The region is named Aonia Terra.

Earth was battered as well. But much of the evidence of such 'bombardment' was erased to to various natural processes that have been going on for billions of years.

In a first, ISRO's 'POEM' will remain stable in space and facilitate science experiments