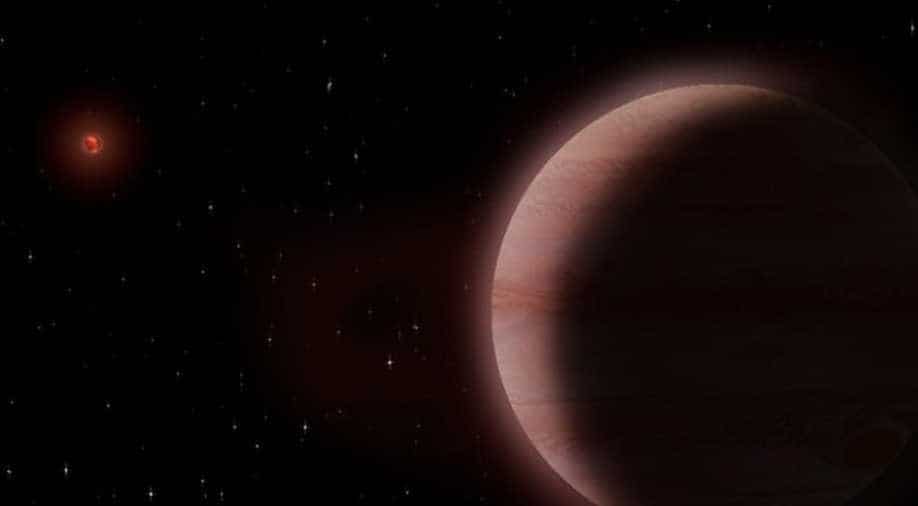 According to the reports, the giant planet looked like Saturn and was detected by a 'wobble' in star's motion.

A group of astronomers detected a giant planet revolving around a small cool star. The rare discovery is about 35 light-years away from Earth.

According to the reports, the giant planet looked like Saturn and was detected by a 'wobble' in star's motion.

The 'wobble' is caused due to the gravitational pull of the planet.

The report published in SpaceRef said that this was the first time that the technique was successfully employed with observations obtained from a radio telescope. The technique is usually used for detecting Jupiter-like planets in orbits distant from the star.

The astronomers have named the giant planet as TVLM 513b. It has the mass similar to Saturn and its orbit is similar to that of Mercury.

It is rare to detect an extrasolar planet orbiting around small stars and the astronomers discovered TVLM 513b  using the continent-wide Very Long Baseline Array (VLBA).