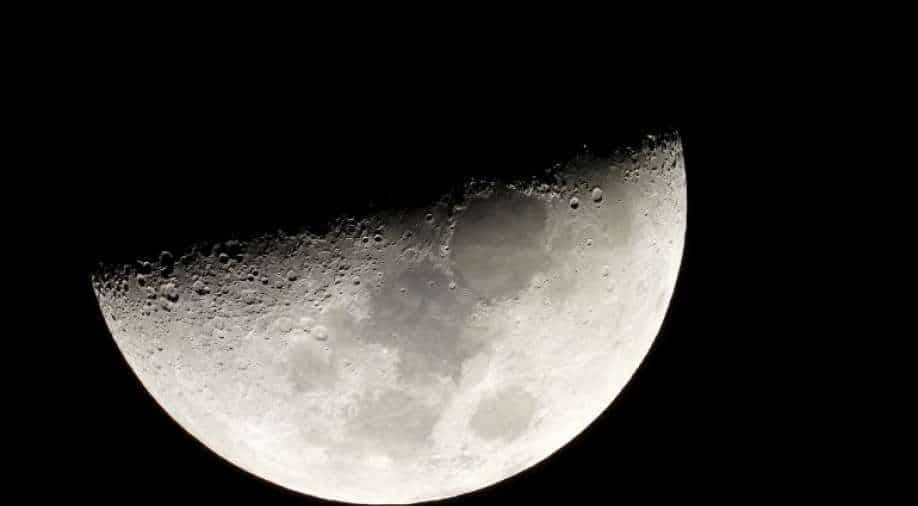 Moon is seen in the sky during the closest visible conjunction of Jupiter and Saturn in 400 years, in Tejeda, on the island of Gran Canaria, Spain December 21, 2020 Photograph:( Reuters )

We know water is present on Moon. But previous observations were made by lunar orbitter in orbit around the Moon. First-ever on-site detection of water on lunar surface opens a new vista

We already have evidence of water on Moon. But it was collected mainly by lunar orbitters focussing their equipments at the Earth's only natural satellite as they revolved around. Now, information about the first on-site proof of presence of water has come to light.

The on-site observation was made by China's Chang'E-5 probe on Moon. When the probe visited the Moon in December 2020, it not only collected samples for analysis back on Earth but also made some in situ (on-site) analysis of its own.

Measurements made by Chang'E in its surroundings on Moon revealed that water was present in a boulder in a concentration of 180 ppm (parts per million).

This is drier by Earth standards but obviously it is easy to understand its significance as the water is on the Moon..

The particular boulder that was analyzed by the probe was light and had many cavities. This suggests that this rock was a result of underground volcanic activity. This in turn, suggests that more water may be present in Moon's interior.

This on-site detection has further boosted the idea of relative abundance of water on the lunar surface. It may be fused with the minerals in the regolith, the surface dust.

Does this mean that human settlements on Moon may have easy access to water? No, since it is very hard to extract water present in such concentrations. But the observation and analysis on the on-site findings may help us understand Moon and how water is retained on planets and satellites in space.