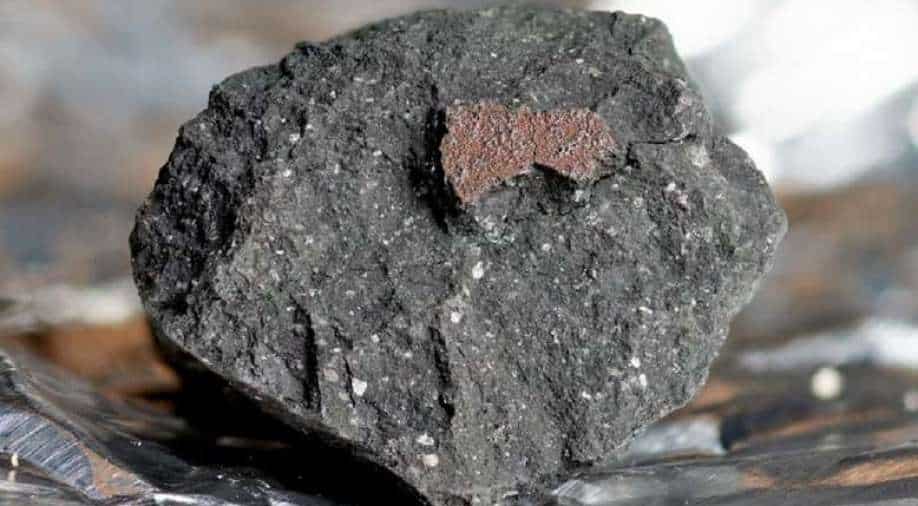 One of the fragments of meteorite recovered from Winchcombe. (Picture courtesy: Trustees of the Natural History Museum) Photograph:( Others )

There are about 65,000 known meteorites in the entire world and of those only 51 of them are carbonaceous chondrites that have been seen to fall like this one.

The 'fireball' meteorite that blazed across the night sky over Britain last month has been found - after landing in a driveway in Gloucestershire.

Many rocky fragments have been found from the fireball and they all came down in the Winchcombe area of Gloucestershire.

The recovered meteorite is a rare kind of space rock known as a carbonaceous chondrite – extremely ancient pieces of interplanetary debris that predate our own planet, explains Dr Ashley King from London's Natural History Museum (NHM), who was a member of the team that verified and retrieved the meteorites.

He said that "We study them to learn about how our solar system formed and the origin of habitable planets like the Earth,”.

There are about 65,000 known meteorites in the entire world and of those only 51 of them are carbonaceous chondrites that have been seen to fall like this one.

Earlier on the night of 28 February, shortly before 10 pm over the western part of the UK, a fireball was spotted blazing across the night sky.

Lasting about six seconds, the bright flash of light was reported by hundreds of people as it was recorded on doorbell cameras, car dashcams and picked up by the dedicated network of cameras across the UK trained at the sky for precisely this kind of event.