Explainer: What is James Webb Space Telescope that is set to be launched today 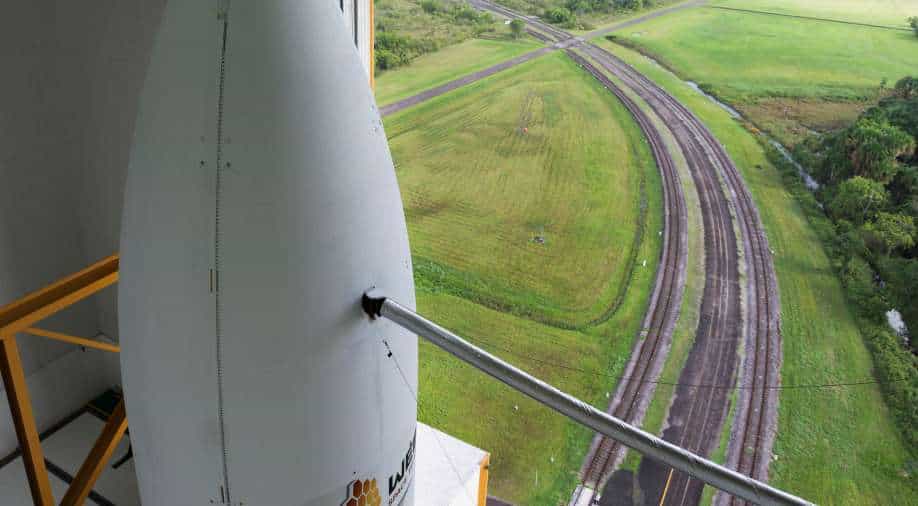 The powerful infrared telescope is poised for blastoff at 12.20 GMT (5:50 pm Indian Standard Time) from the European Space Agency`s (ESA) launch base in French Guiana

A sense of excitement has engrossed the scientific community as NASA readies to launch the James Webb Space Telescope (JWST)—the largest space telescope ever and the most noteworthy after Hubble— which seeks to unveil many secrets of the universe, especially related to the formation of stars and galaxies in the early period after the Big Bang.

The powerful infrared telescope, which is hailed by NASA as the “premiere space-science observatory of the next decade”, is packed inside the cargo bay of an Ariane 5 rocket and poised for blastoff at 12.20 GMT (5:50 pm Indian Standard Time) from the European Space Agency`s (ESA) launch base in French Guiana.

If all goes according to plan, the 14,000-pound instrument will be released from the French-built rocket after a 26-minute ride into space.

What is the James Webb Space Telescope?

The telescope is named after James Edwin Webb—one of the architects of the Apollo Moon programme, and the space agencies of the US, Europe and Canada, who are all partners on the project.

The JWST is a product of an international partnership between NASA, ESA, and the Canadian Space Agency (CSA). It is not just the largest but also the most powerful telescope ever to be launched into space.

The ESA is providing the launch service to the telescope as part of the international agreement.

It's a project that has taken 30 years and cost $10 billion to design and build. It is regarded as one of the grand scientific endeavours of the 21st Century.

JWST will also be positioned much deeper into the space, about a million miles from Earth, at a spot known as L2. It is one of the five points, known as Lagrange’s points, in any revolving two-body system like Earth and Sun, where the gravitational forces of the two large bodies cancel each other out.

What is the difference between JSWT and Hubble?

The primary difference between the Hubble and the JWST is the wavelength of light that they are designed to image.

Hubble is sensitive to ultraviolet, visible, and near-infrared light (200-2,400 nanometers). In contrast, JWST is focused mostly on the infrared spectrum (600-28,000 nanometers), with some limited capability of seeing some red/orange visible light, but not the other colours.

This change in technology will help scientists to dwell more deeply into the past and get a first-hand look at how the universe originated.

Scientists from 44 countries will be able to make use of the JSWT telescope, with proposals including using the infrared capabilities to penetrate the supermassive black holes at the centre of galaxies, including our own.

Where to watch the launch?

NASA will run a live stream on its YouTube channel and on its Twitter and Facebook accounts as well. Moreover, the ESA will also be running its own live stream in French and Spanish languages on its website.