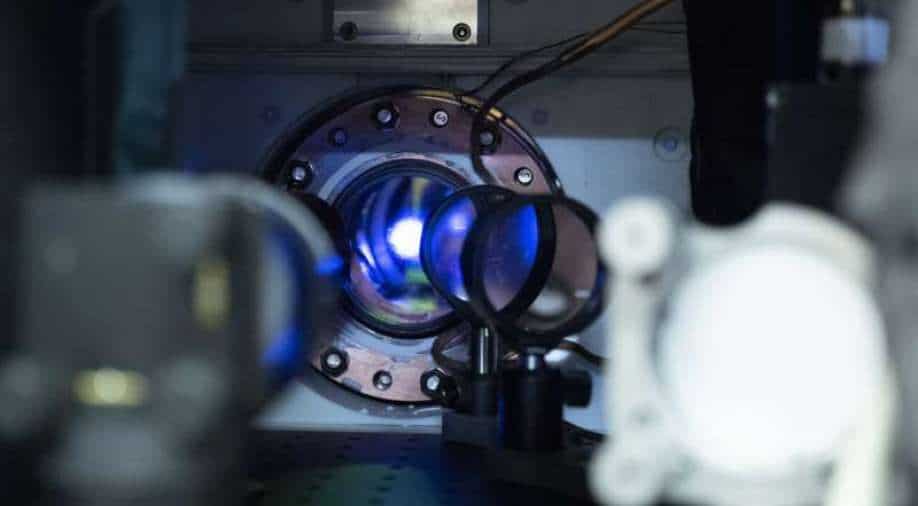 The most precise clocks ever made have shown the most thorough picture yet of how gravity affects time flow. Photograph:( Twitter )

JILA Physicists have tested Albert Einstein's general theory of relativity, or more precisely, the effect known as time dilation, at the smallest scale ever, demonstrating that two tiny atomic clocks separated by only a millimetre, or the width of a sharp pencil tip, tick at different rates.

The studies, which were published in the journal Nature on February 17, 2022, propose a way to construct atomic clocks 50 times more precise than today's finest designs, as well as a path to possibly exposing how relativity and gravity interact with quantum mechanics, a significant physics conundrum.

The National Institute of Standards and Technology (NIST) and the University of Colorado, Boulder collaborate to run JILA.

"The most important and exciting result is that we can potentially connect quantum physics with gravity, for example, probing complex physics when particles are distributed at different locations in the curved space-time," says physicist Jun Ye from the University of Colorado Boulder.

The researchers employed an optical lattice in their experiment, which is a web of laser light that traps atoms in place so they can be examined.

It's a technique utilised in the latest generation of atomic clocks, which use laser light waves to provide better precision in timekeeping, and these lattices can also be used for quantum simulations.