Dog-sized dinosaur with no teeth has been found in Brazil 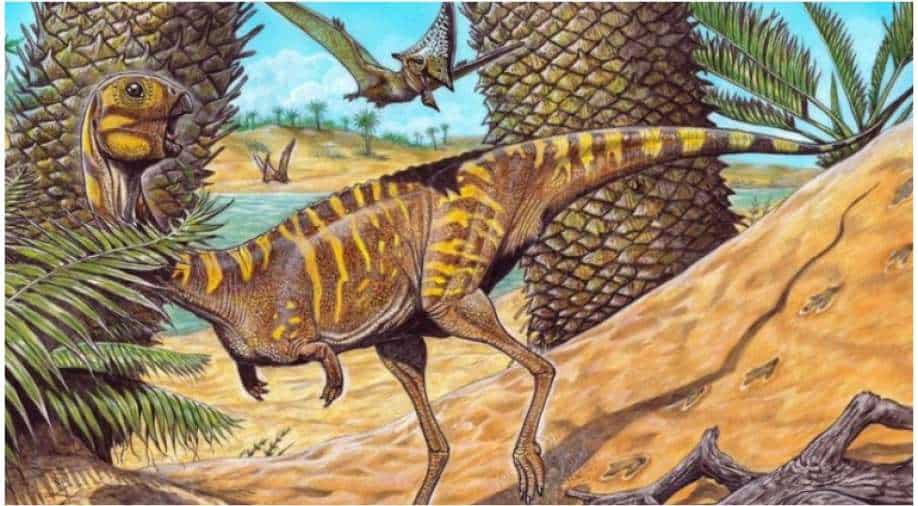 (Image: @TetZoo) Representation of the dinosaur which had no teeth. Photograph:( Twitter )

This dinosaur had no teeth. And funny thing is it was a meat eater! It lived 70 million years ago

Due to movies and other popular media, when we say 'dinosaur', an image of a scary, huge animal brandishing razor-sharp teeth pops into mind. This image is fitting to the fact that dinosaurs ruled every food chain and food web on Earth millions of years ago.

But a new discovery has shown that rulers of pre-humanity Earth didn't have to be oversized lizards all the time. A new species of dinosaur has been found. And guess what? It is almost the size of a dog, and had no teeth. And funny thing is, they were carnivores, that is, they ate meat.

The new dinosaur species has been found in Brazil. These tiny dinos lived 70 million years ago. Each member of this species was about three feet long and two and a half feet tall. The species has been classified as a therapod. Members of this group are believed to be carnivores. The dinosaurs had a beak-like mouth with no teeth.

This dinosaur has been named Berthasaura leopoldinae. Its remains were found in southern Brazilian state of Parana.

A unique way has been adopted to name this unique dinosaur. Its scientific name has been made up of names of two people. Bertha Lutz and Maria Leopoldina.

Berta Lutz was a revered Brazilian scientist and feminist while Maria Leopoldina was Brazil's 19th-century empress who was a patron of the sciences.