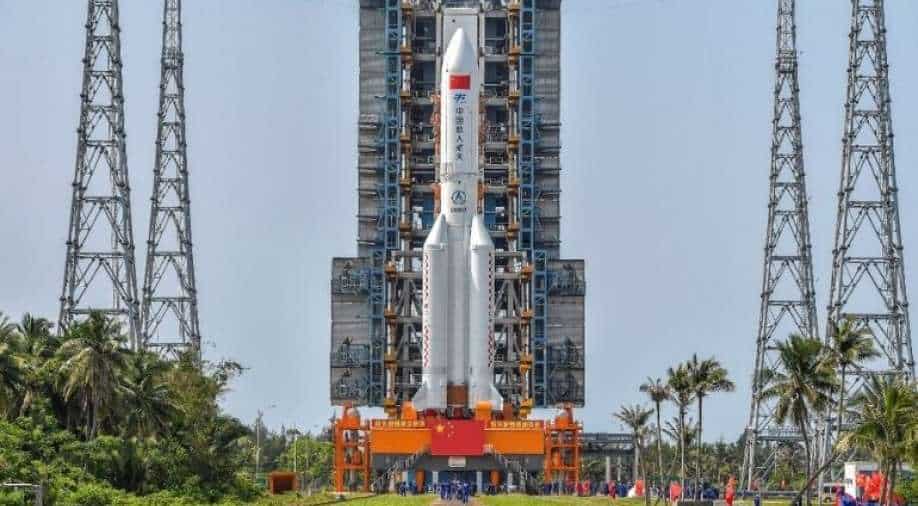 A big chunk of rocket debris, possibly weighing tonnes, is falling back to Earth and could touch down in a few weeks.

The debris we are mentioning is from Long March 5B that China recently launched as part of its first module for a proposed space station.

The incident comes approximately a year after another Chinese rocket fell to Earth as it found itself in the Atlantic Ocean before shedding debris in the African nation of Cote D'Ivoire.

"It's potentially not good," Jonathan McDowell, astrophysicist at the Astrophysics Center at Harvard University, was quoted as saying by The Guardian.

"Last time they launched a Long March 5B rocket they ended up with big long rods of metal flying through the sky and damaging several buildings in the Ivory Coast."

"Most of it burned up, but there were these enormous pieces of metal that hit the ground. We are very lucky no one was hurt."

Since the weekend, the massive piece has dropped about 80 km in altitude and SpaceNews reported that amateur ground observations suggested it was tumbling in an uncontrolled manner.

This, and its speed, makes it impossible to forecast where it will land when Earth’s atmosphere eventually drags it down, though McDowell believes most likely it will fall into the water as the ocean covers about 71 per cent of the planet.