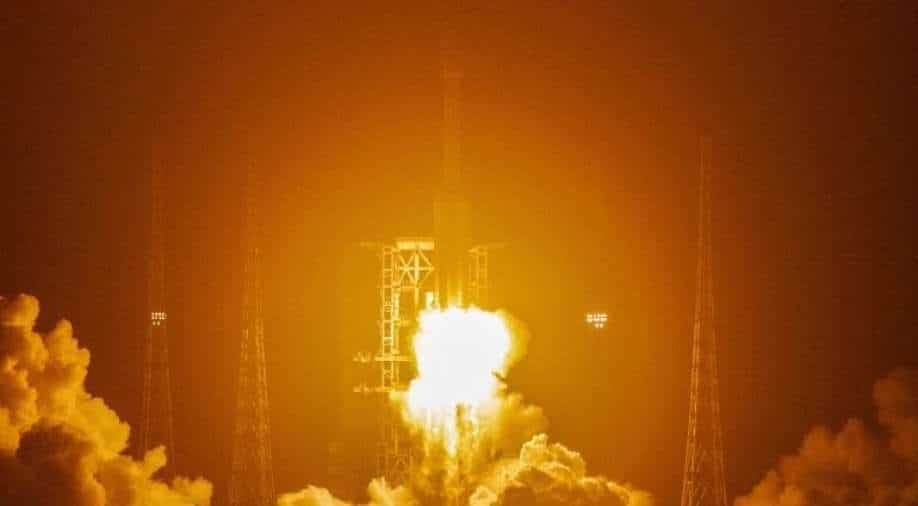 China on Friday successfully launched the Long March 7A rocket from the southern province of Hainan one year after a failed first attempt.

The rocket, that blasted off from the Wenchang Spacecraft Launch site, carried the Shiyan-9 satellite to test new technologies such as space environmental monitoring as per China Aerospace Science and Technology Corporation (CASC).

It was developed by China's Academy of Space Technology in only eight months, setting a record for mid to large size remote-sensing satellites.

It has the capacity to send seven metric tonnes of payload to geostationary transfer orbit (GTO) -- approximately around 22,000 miles (35,405 kilometres) above the Earth's surface.

The launcher draws on new kerosene engine technologies, along with a stage modified from the older Long March 3B series, China’s current workhorse rocket, boosting China’s launch options to GTO.

China's first attempt to launch Long March 7A suffered a blow due to engine malfunction as a result of excess pressure.

The country expects to launch three to five Long March 7A rockets every year before 2025, according to CASC.

President Xi Jinping has put China's "space dream" into overdrive, with a crewed space station planned for next year.

The unmanned Chang'e-4 rocket landed on the far side of the Moon in 2019, with another robot mission to the near side raising the Chinese flag there last year.

That moonshot brought rock and soil samples back to Earth in December, the first time that has been done in more than four decades.