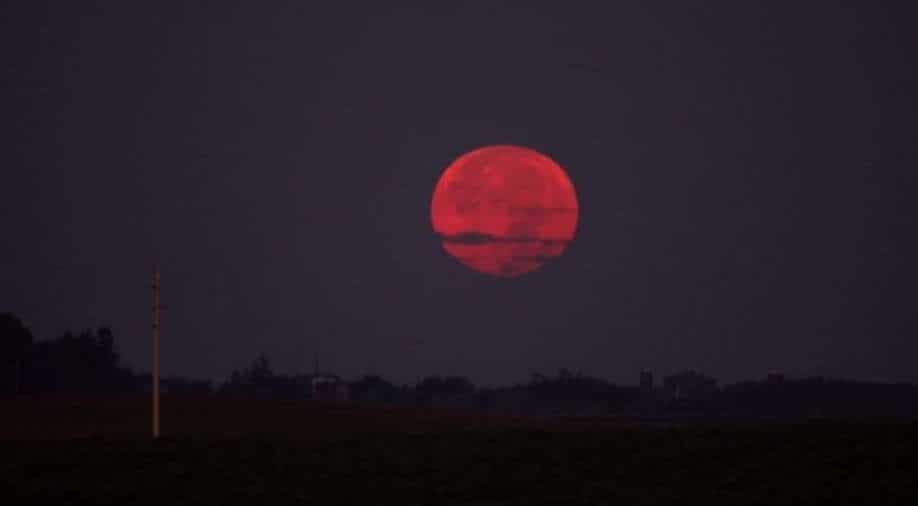 Some ancient tribes were perplexed as to why the moon turned red, frightening them. Ancient civilisations would actually undertake rituals to prevent the blood moon's "evil influence". Photograph:( Others )

The lunar eclipse will be visible in the United States on Sunday evening and is likely to last until May 16.

A total lunar eclipse is expected to be visible in the United States on Sunday.

The phenomenon also called "Blood Moon" occurs as the Moon turns red during the lunar eclipse.

Psst! Want to see a total lunar eclipse? Watch #NASAScienceLive on May 15 when Earth sneaks between the Moon and the Sun.

No matter where you are, or if your skies are clear, you can watch with us and @NASAMoon experts ready to answer your questions: https://t.co/oA5JWRRMx1 pic.twitter.com/Dcj9LG4aaJ

Also Read: First Blood Moon of 2022: What is it and why ancient civilisations feared it

It will also be visible in Turkey, Egypt and Hungary. Just as the Sun sets in North America, the Sun, Earth and Moon will align to create a total lunar eclipse on Sunday.

Also Read: A super-long blood moon is gonna grace the skies soon. Here's how you can see it

Reports claim the eclipse will be visible in the United States on Sunday evening and is likely to last until May 16, however, the total eclipse when the Moon changes colour is expected to last just over an hour.

According to NASA, during a lunar eclipse, the Moon turns red because the only sunlight reaching the Moon passes through Earth’s atmosphere.

NASA will Livestream the event as it takes place from Sunday. The Lucy spacecraft will observe the celestial phenomena.