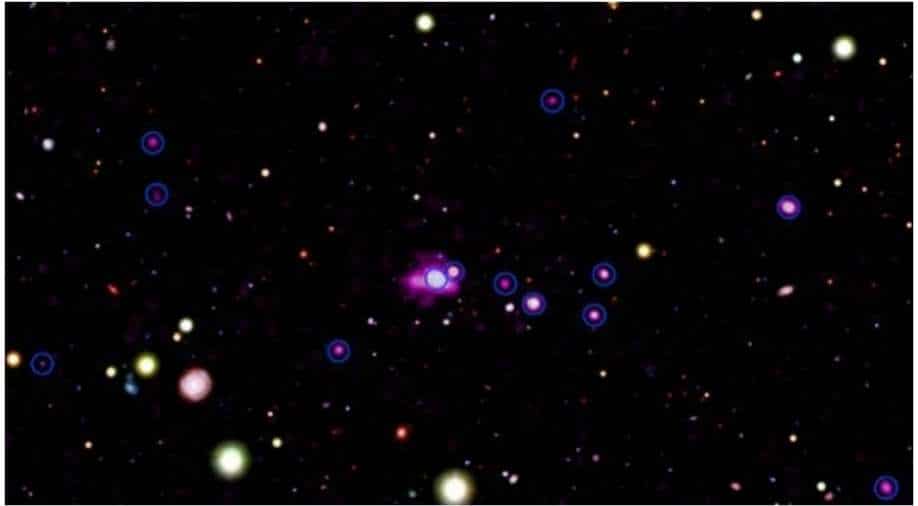 But new images from a corner of space have thrown up 14 black holes hungrily eating material in the space around them.

These 14 black holes (and the galaxies associated with them) are located in what is called Spiderweb protocluster.

This period is known as 'Cosmic Noon' during which star-formation was taking place at a furious rate.

It is held that Spiderweb protocluster will by today have evolved into a stable, massive cluster of galaxies that are gravitationally bound.

Study of Spiderweb protocluster and it development may give scientists opportunity to gain insight into how massive structures are formed in space.