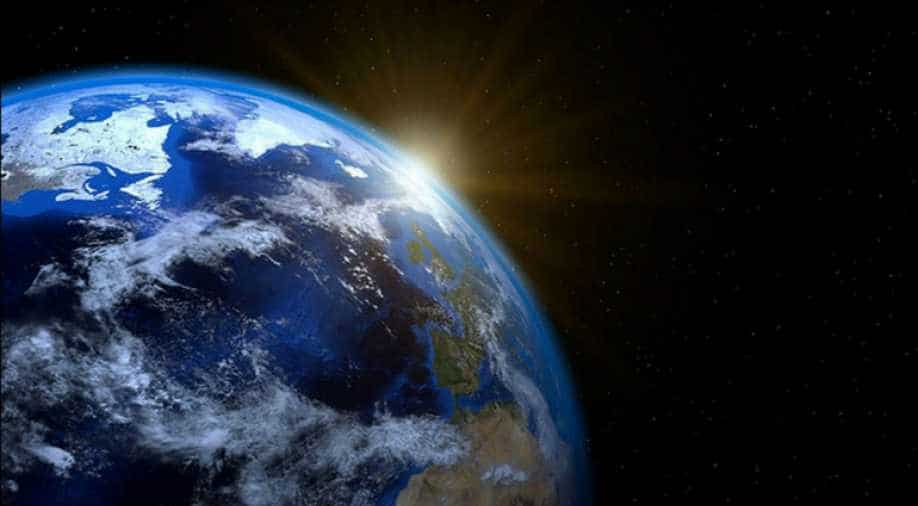 In this study, scientists used data available from the International Seismological Centre (ISC) to prove that seismic rays travelling parallel to the Earth's rotational axis travel faster than those parallel to the equator

Astronomers have discovered the Earth’s hidden layer within its innermost core in a recent study.

The study conducted by researchers from The Australian National University (ANU) and was published in the Journal of Geophysical Research: Solid Earth.

In this study, scientists used data available from the International Seismological Centre (ISC) to prove that seismic rays travelling parallel to the Earth's rotational axis travel faster than those parallel to the equator.

Traditionally we've been taught the Earth has four main layers: the crust, the mantle, the outer core and the inner core. The idea of another distinct layer was proposed a couple of decades ago, but the data has been very unclear.

The lead author of the study, PhD researcher Joanne Stephenson, says while this new layer is difficult to observe, its distinct properties may point to an unknown, dramatic event in the Earth's history.

"We found evidence that may indicate a change in the structure of iron, which suggests perhaps two separate cooling events in Earth's history," Stephenson said.

"The details of this big event are still a bit of a mystery, but we've added another piece of the puzzle when it comes to our knowledge of the Earths' inner core."

There have been continuing discrepancies in estimates of the strength and orientation of anisotropy, with some evidence suggesting that such a model may not be supported by available data.

In the study, the radial dependence of anisotropy within the IC, where the nature of anisotropy has been shown to change anywhere between a 300 and 800 km radius.

to provide a robust means of testing this idea, recent travel time data from the International Seismological Centre has been used in conjunction with the neighbourhood algorithm through the examination of an ensemble of models that satisfactorily fit the data.

This can be done with no explicit regularization and without the need for subjective choices associated with binning of phase data. In addition, uncertainty bounds are calculated for anisotropic parameters using a likelihood ratio approach.

The scientists found evidence to suggest that commonly employed spatial averaging (binning) methods may be detrimental to obtaining reliable results. They concluded that there is no significant change in the strength of anisotropy with depth in the IC. Instead, they found a change in the slow direction of anisotropy to 54 degrees within the innermost IC similar to the 650 km radius with a fast direction parallel to the Earth's rotational axis.