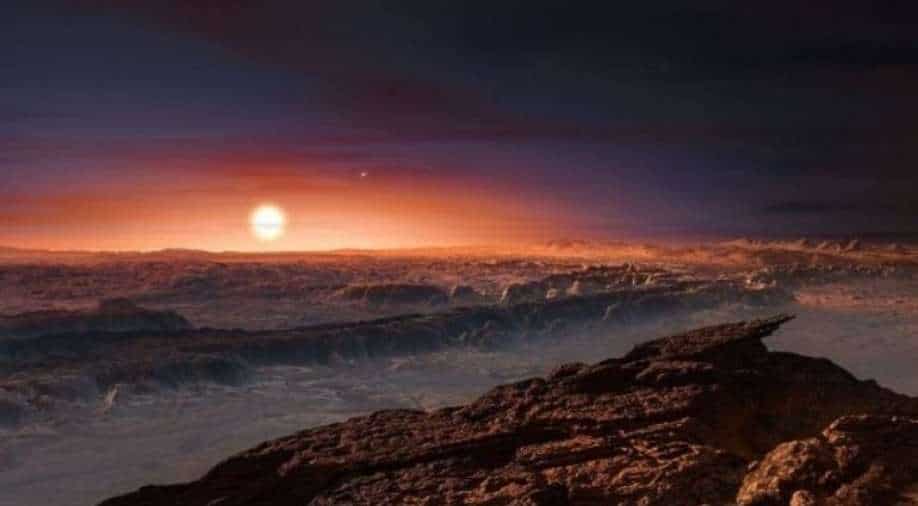 Astronomers have identified a class of 'hycean' exoplanets that could prove fruitful in search of alien life as per a new study.

The existence of extraterrestrial life long has been one of the paramount questions of science.

Researchers have used probes and telescopes to seek “biosignatures,” indirect signs of life, on other planets and moons in our solar system and beyond.

The exoplanets clad in a global ocean, with atmospheres rich in hydrogen, could host life as we know it.

According to Nikku Madhusudhan from Cambridge University's Institute of Astronomy, "Some of the conditions in the oceans of these worlds could be similar to habitable conditions in Earth's oceans, i.e. similar temperatures and pressures, presence of liquid water and energy from the star."

"There are many open questions but this is only a first guess at this stage. The assumption is that if microbial aquatic life can form in these oceans in the same manner as they did on Earth then some of the biosignatures may also be common."

Earth-based telescopes like those used in this research help scientists study the chemistry and other characteristics of celestial objects.

The research continues to either confirm the presence of life or find an alternative explanation.

Scientists have discovered more than 4,300 exoplanets. Some have been large gas planets akin to Jupiter. Others have been smaller, rocky Earth-like worlds, the kind considered candidates for harboring life, but currently available scientific instruments tell us little about their atmospheres.

Previously, researchers spotted a planet orbiting a star relatively near our solar system that may offer a prime opportunity to study the atmosphere of a rocky Earth-like alien world - the type of research that could aid the hunt for extraterrestrial life.

The planet, called Gliese 486 b and classified as a ‘super-Earth,’ is not itself a promising candidate as a refuge for life. It is thought to be inhospitable - hot and dry like Venus, with possible rivers of lava flowing on its surface.

But its proximity to Earth and its physical traits make it well suited for a study of its atmosphere with the next generation of space-borne and ground-based telescopes, starting with the James Webb Space Telescope that NASA has slated for an October launch.

These could give scientists data to be able to decipher the atmospheres of other exoplanets, planets beyond our solar system, including ones that may host life.