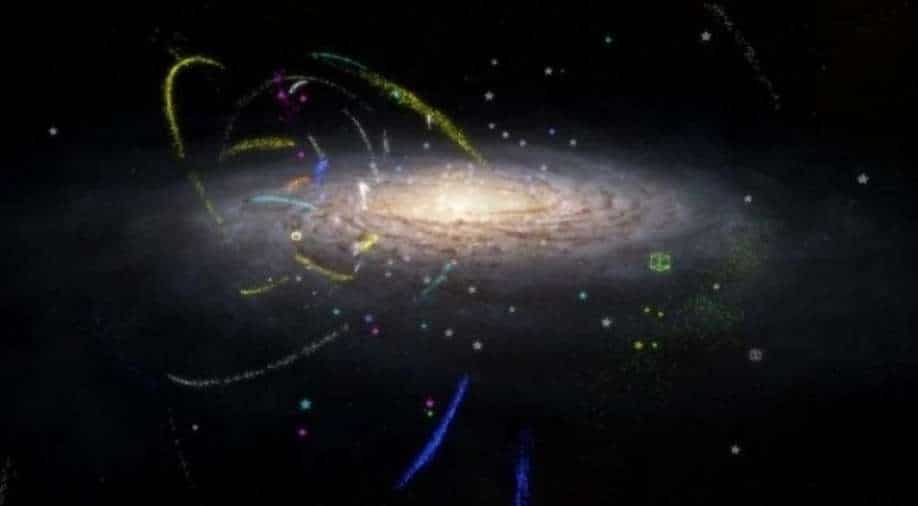 Astronomers have charted the Milky Way's dramatic history in a new map.

The study, published in 'The Astrophysical Journal,' was led by Khyati Malhan of the Max Planck Institute for Astronomy in Germany.

The sun, located roughly 26,000 light years from the supermassive black hole residing at the centre of the galaxy, formed about 4.5 billion years ago.

"The dynamical atlas of the Milky Way mergers that we present here provides a global view of the galaxy formation in action," the researchers write in their paper.

"Thus, our study contributes to the initial steps of unraveling the full hierarchical build-up of our galaxy, and also understanding the origin of the globular clusters and stellar streams of the Milky Way halo."

"With such a wealth of information, we will be able to explore the 'temporal' aspect of galactic archeology by building an understanding of the 'chronological' merging history of the Milky Way."

The researchers have unveiled a three-dimensional map of the Milky Way - home to more than 100 billion stars including our sun - providing a comprehensive chart of its structure: a stellar disk comprised of four major spiral arms and a bar-shaped core region.

Until now, the understanding of the galaxy’s shape had been based upon indirect measurements of celestial landmarks within the Milky Way and inferences from structures observed in other galaxies populating the universe. The new map was formulated using precise measurements of the distance from the sun to 2,400 stars called “Cepheid variables” scattered throughout the galaxy.

“Cepheids are ideal to study the Milky Way for several reasons,” added University of Warsaw astronomer and study co-author Dorota Skowron. “Cepheid variables are bright supergiant stars and they are 100 to 10,000 times more luminous than the sun, so we can detect them on the outskirts of our galaxy. They are relatively young - younger than 400 million years - so we can find them near their birthplaces.”

Also read | It's a Chinese rocket, not one from SpaceX that will crash on Moon, says astronomer

The astronomers tracked the Cepheids using the Warsaw Telescope located in the Chilean Andes. These stars pulsate at regular intervals and can be seen through the galaxy’s immense clouds of interstellar dust that can make dimmer stellar bodies hard to spot.

The map showed that the galaxy’s disk, far from flat, is significantly warped and varies in thickness from place to place, with increasing thickness measured further from the galactic center. The disk boasts a diameter of about 140,00 light years. Each light year is about 6 trillion miles (9 trillion km).