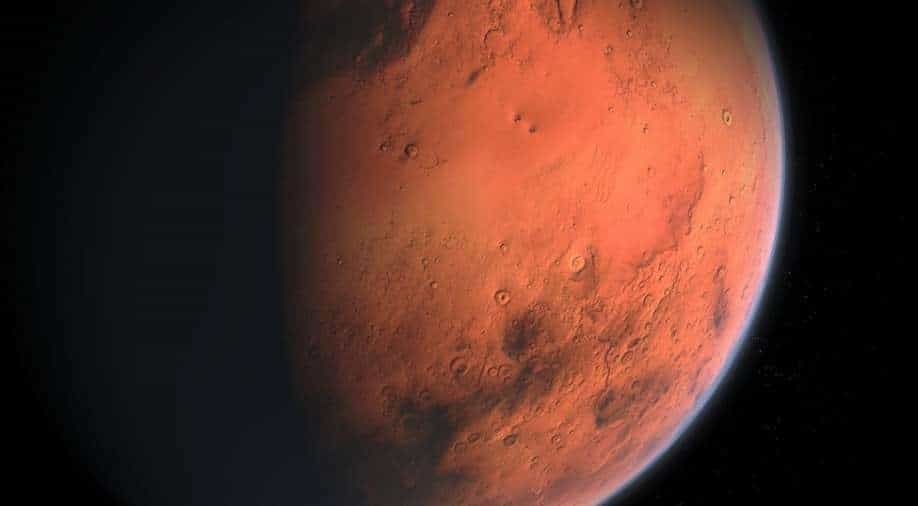 Representative image. (Image by Aynur Zakirov from Pixabay.) Photograph:( Others )

According to the experiment, the Rovers will have to dig at least 6.6 feet or more under the surface of Mars to find any traces of life.

Scientists have always been fascinated with studying the atmosphere and terrain of Mars, but a new NASA laboratory experiment shows that in order to find any traces of alien life, they may have to come up with a new strategy. According to the experiment, the Rovers will have to dig at least 6.6 feet or more under the surface of Mars to find any traces of life. That is the level where the Rovers can find traces of amino acid – a strong indicator that life existed on the red planet. However, over time, the study believes that any proof of life has been damaged by cosmic rays on Mars.

Also read | Catch a glimpse of ‘mysterious markings’ on Mars surface. Find out what it is

The study, which was published in the journal Astrobiology, stated that the proof of life on Mars is possibly getting damaged faster than previously estimated by the scientists.

"Our results suggest that amino acids are destroyed by cosmic rays in the Martian surface rocks and regolith at much faster rates than previously thought," Alexander Pavlov of NASA's Goddard Space Flight Center in Greenbelt, Maryland said according to a report on Interesting Engineering.

“Current Mars rover missions drill down to about two inches (around five centimetres). At those depths, it would take only 20 million years to destroy amino acids completely. The addition of perchlorates and water increases the rate of amino acid destruction even further,"

"Missions with shallow drill sampling have to seek recently exposed outcrops – e.g., recent microcraters with ages less than 10 million years or the material ejected from such craters," he added.