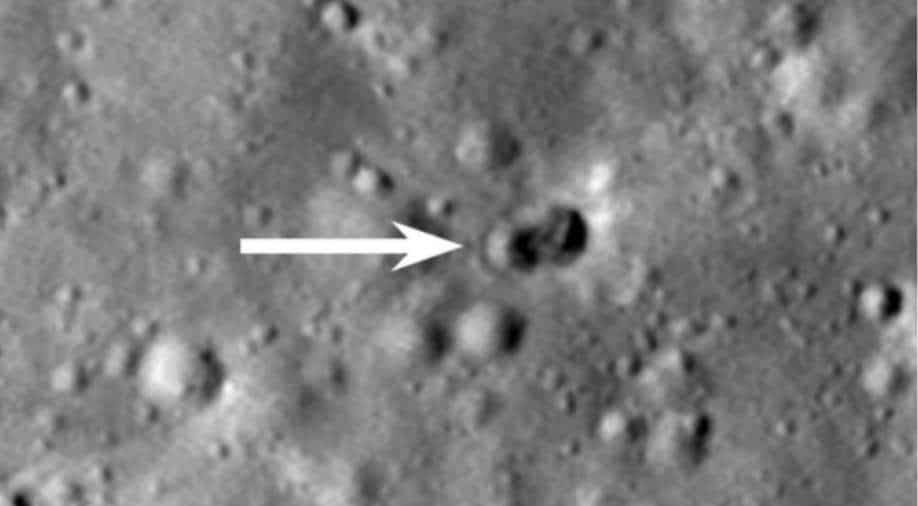 (Image: NASA) The double crater, as seen on the Moon. Photograph:( Others )

Aliens, if they are there somewhere in the outer space have not yet made a contact with us. It may also be that they have and we missed the message.

Just imagine an alien craft coming to Earth and then going back dejected because we were too busy doing other things than to notice them. But what if there are tell-tale signs of such a visit? Not on Earth but on the Moon?

Scientists expected a crater to be formed as they knew an unknown piece of space junk crashed into the Moon last year. But here's the thing, no other previous crash of any space junk has formed twin craters like this one.

NASA has said that the double crater was 'unexpected'.

"The double crater was unexpected and may indicate that the rocket body had large masses at each end. Typically a spent rocket has mass concentrated at the motor end; the rest of the rocket stage mainly consists of an empty fuel tank. Since the origin of the rocket body remains uncertain, the double nature of the crater may indicate its identity," NASA has said in its release.

So is there a possibility of a tentacle-y alien brooding on the Moon because his spacecraft crashed? Time will tell.